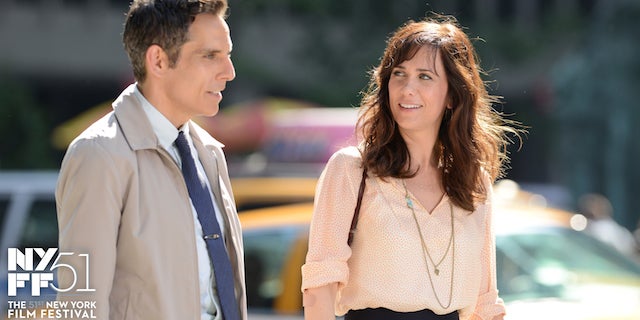 "The Secret Life of Walter Mitty," Ben Stiller's adaptation of James Thurber's short story — and a remake of the 1947 film starring Danny Kaye — will have its world premiere on Oct. 5 as the Centerpiece Gala presentation at the New York Film Festival, the Film Society of Lincoln Center announced on Thursday.

Stiller stars opposite Kristen Wiig in the film about a daydreamer who escapes his anonymous life by disappearing into a world of fantasy filled with heroism, romance and action.

Wiig stars as his love interest, who inspires him to embark on an actual global journey that turns into an adventure more extraordinary than anything he ever imagined.

See video: Ben Stiller Daydreams His Doldrums Away In 'The Secret Life of Walter Mitty' Trailer

The NYFF runs between Sept. 27 and Oct. 13. Paul Greengrass' Somali pirate drama "Captain Phillips," with Tom Hanks in the titular role, has previously been announced as the festival's Opening Night Gala selection.

“Ben Stiller has expanded on James Thurber’s beloved short story and crafted a beautifully lyrical comic epic, grounded in present day realities and concerns. He is wonderful in the lead, Kristen Wiig is nothing short of magical as the woman of his dreams, and it’s great to see Shirley MacLaine in perfect form,"  Kent Jones, NYFF’s Director of Programming and Selection Committee Chair, said. "'The Secret Life of Walter Mitty' is one terrific ride, and I’m thrilled that we’re able to present it as our Centerpiece screening.”