A previous version of this story first appeared in TheWrap Magazine Fall TV issue.
It’s unlikely that any actor has a more eye-catching onscreen debut this season than Jaimie Alexander, who opens the first episode of Blindspot crawling naked out of a body bag in Times Square, covered with mysterious tattoos but with no idea who she is or how she got there. Her character, Jane Doe, teams up with FBI agent Kurt Weller, played by Sullivan Stapleton, to find some answers, following clues left in the ink that covers her body.

“It was the first script I’d read in a long time that wasn’t a clichéd character and was unpredictable,” said Alexander, 31, whose previous work includes playing Thor’s girlfriend and fellow warrior Sif in two features and two episodes of Marvel’s Agents of S.H.I.E.L.D. “I loved the fact that she’s a well-rounded, well-written female character who isn’t a superhero.”

The Greg Berlanti series, she said, “is really about human connection. [Jane Doe and Kurt Weller] are both lost in their own way, and they’re both trying to sort out the past in their own way.” But don’t look for that TV staple, the will-they-or-won’t-they? relationship. “I don’t think we’re going to go the clichéd route of the love interest,” she said, “but I would say the sky’s the limit.”

Meanwhile, she puts up with the seven hours it takes to apply the full-body tattoos by blasting the Beatles on Pandora, drinking coffee and having good conversations with the crew assigned to cover her with ink. And if she had to persuade somebody who knew nothing about the show to watch it, what would her pitch be? “I’d probably just strip off my clothes and say, ‘You wanna see this every Monday, you just tune into NBC, 10 p.m. after The Voice,'” she said, laughing. 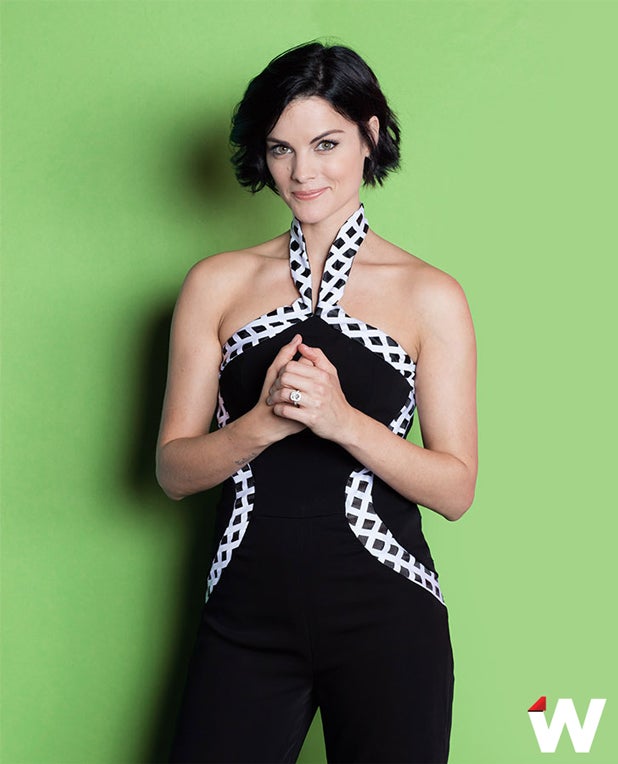 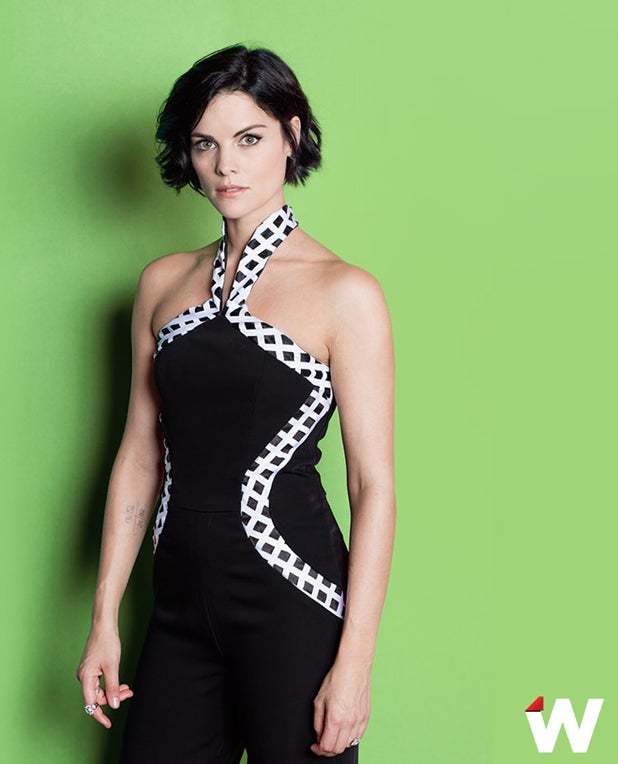