Netflix has revealed the first look at “We Can Be Heroes,” the next film from director Robert Rodriguez that stars “The Mandalorian” actor Pedro Pascal and is a return to the same fantasy world imagined in the director’s “The Adventures of Sharkboy and Lavagirl 3-D.”

“We Can Be Heroes” stars Pascal alongside YaYa Gosselin, Priyanka Chopra Jonas, Christian Slater, Boyd Holbrook, Christopher McDonald and Adriana Barraza. And the film is a superhero story about alien invaders who kidnap Earth’s superheroes, forcing the heroes children to step up and save their parents and save the world.

The new images for “We Can Be Heroes” show a colorful world of heroes and elaborate costumes and lairs, as well as a ragtag group of kids who will step up to save the day. Pascal in the film plays Marcus Moreno, and in the photo below he’s flanked by heroes Quinton Johnson as Crimson Legend, Brittany Perry-Russell as Red Lightning Fury, Slater as Tech-No and Haley Reinhart as Ms. Vox.

There’s also an image of Holbrook wearing a baby blue super suit and battling a tentacled robot, taking on the role of Miracle Guy, and Chopra looks pretty villainous as Ms. Granada.

The original “Sharkboy and Lavagirl” is the story of a boy who imagines the two heroes in his mind to protect him from bullies, but when his heroes arrive in real life, he has to team up with them to save the world. The superhero story from 2005 wasn’t exactly a hit with critics or at the box office, making only $71.9 million worldwide on a $50 million budget, but the film has earned somewhat of a cult following since. It starred David Arquette, Kristin Davis, George Lopez, Taylor Lautner, Taylor Dooley and Cayden Boyd.

Check out the “We can Be Heroes” images below: 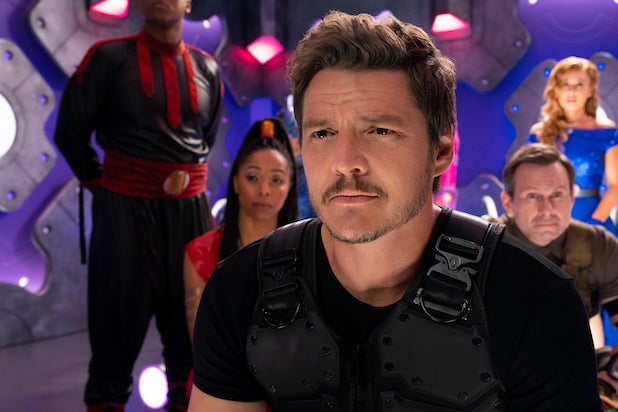 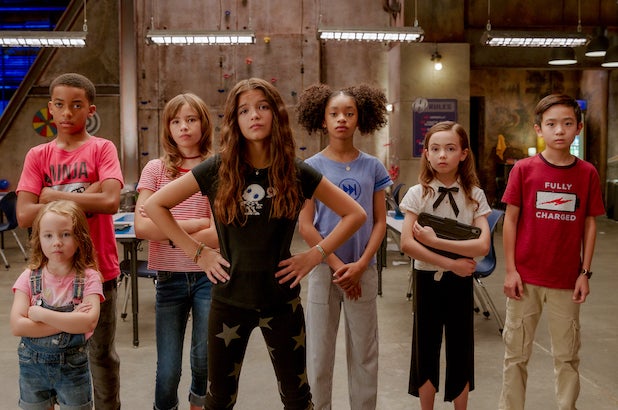 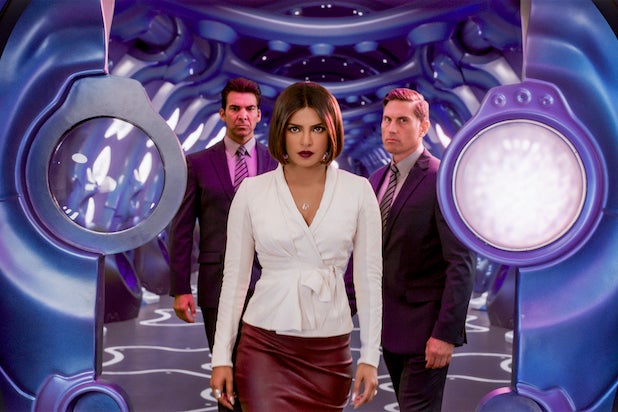 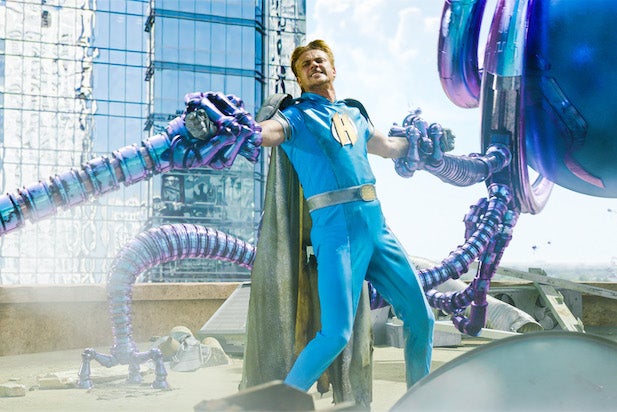