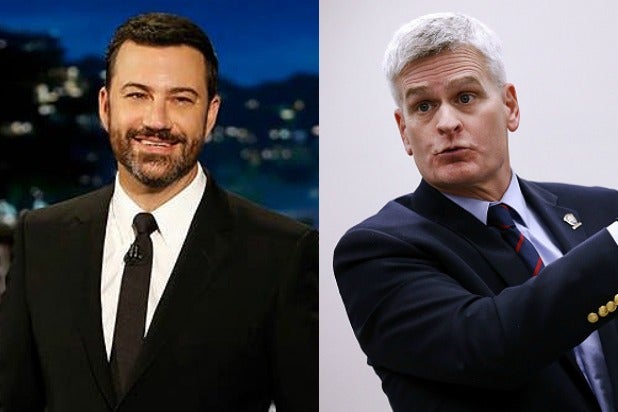 Louisiana Senator Bill Cassidy, who said that any health care plan by the Senate should pass the “Jimmy Kimmel test,” will appear as a guest on Kimmel’s show Monday — his first since going on paternity leave a week ago.

During an emotional monologue last week, Kimmel revealed that his newborn son, Billy, was born with a heart condition that required surgery. Holding back tears, the late-night TV host made an passionate plea to keep ObamaCare and its protections for people with preexisting conditions.

Asked whether he could support a bill that allows insurance companies to cap their payments, Cassidy, a Republican, coined a new litmus test for health care.

“I ask, does it pass the Jimmy Kimmel test,” Cassidy told CNN’s John Berman on Friday. “Would the child born with a congenital heart disease be able to get everything she or he would need in that first year of life … even if they go over a certain amount?”