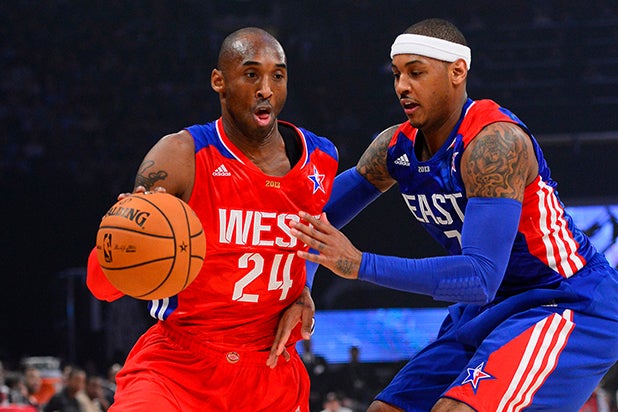 In a letter that invoked the lofty rhetoric of Martin Luther King, Jr. and the earthier sentiments of Charles Barkley, a bipartisan group of senators Tuesday called on the NBA to move next year’s All-Star Game out of North Carolina, in the wake of an anti-LGBT state law the senators said was “just wrong.”

“Discrimination has no place in modern America,” the letter reads. “The actions of the North Carolina State government in passing House Bill 2 (“HB2’), an anti-LGBT measure, are profoundly disappointing. It represents an attempt to bend the arc of the moral universe, in Dr. King’s words, away from justice and equality. As one of America’s and the world’s premier sports leagues, with hundreds of millions of fans of all colors, creeds, sexes and sexual orientations, we urge you to take a stand against this latest form of discrimination and move the 2017 All-Star Game away from Charlotte, N.C.”

The senators’ letter is the latest in a groundswell of reactions against the state’s hurried passage of the Public Facilities Privacy and Security Act, or House Bill 2, which the state’s legislature rushed into passage on March 23, and which Gov. Pat McCrory signed into law the same day. The law requires that transgender individuals to use public restrooms according to the gender recorded on their birth certificates.

Bruce Springsteen canceled plans for a Sunday concert in Greensboro, North Carolina. On April 6, Hulu announced plans to move production of “Crushed,” a comedy pilot produced by Lionsgate Television, out of North Carolina in the wake of the new law. It will be shot in Vancouver, British Columbia, instead.

In the letter, the senators alluded to comments made last week by Charles Barkley, a Turner Sports analyst and former NBA player. Barkley, interviewed by CNN, said: “It’s my job, with the position of power that I’m in and being able to be on television, I’m supposed to stand up for the people who can’t stand up for themselves. So, I think the NBA should move the All-Star Game from Charlotte.”

“We hold no ill-will toward the people of Charlotte, who passed an anti-discrimination measure that HB2 overturned or towards the people of North Carolina,” the senators wrote in the letter, which was first reported by Politico. “However, we cannot condone nor stand idly by as North Carolina moves to legalize and institutionalize discrimination against the LGBT community.”