Sean Penn has ended his holdout on “Gaslit,” the Watergate TV series for Starz that he is co-starring alongside Julia Roberts.

Penn had refused to return to work on the UCP-produced limited series until the entire production crew was fully vaccinated against COVID-19. An individual with knowledge of the situation told TheWrap that Penn has agreed to resume filming provided that the entire crew that he will work with for the remaining two weeks he has to shoot are fully vaccinated.

Reps for Penn and UCP did not immediately respond.

The series had been filming without Penn. Deadline first reported the news of Penn’s return to filming. 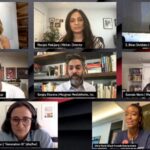 Also Read:
Driving Diversity in the Hollywood System: ‘This Isn’t a Game We Win by Playing Their Rules’ (Video)

UCP currently stipulates that only those designated in Zone A on a production are required to get vaccinated. That would include the cast and everyone who comes in close contact with them. Penn, however, wanted those in Zones B and C to also be required to take one of the three available vaccines.

Although Penn wants vaccine requirements for all zones, a separate individual with knowledge of the production told TheWrap they can only go as far as the current agreed-upon COVID protocols allow them to — which, as of now, mandates that only Zone A be vaccinated. The individual said it’s possible those could be amended to allow producers to require everyone on set be vaccinated.

Penn is offering to provide free vaccinations through his non-profit organization, CORE.

“Gaslit” is described by the studio as a “modern take on Watergate that focuses on the untold stories and forgotten characters of the scandal — from Nixon’s bumbling, opportunistic subordinates, to the deranged zealots aiding and abetting their crimes, to the tragic whistleblowers who would eventually bring the whole rotten enterprise crashing down.”