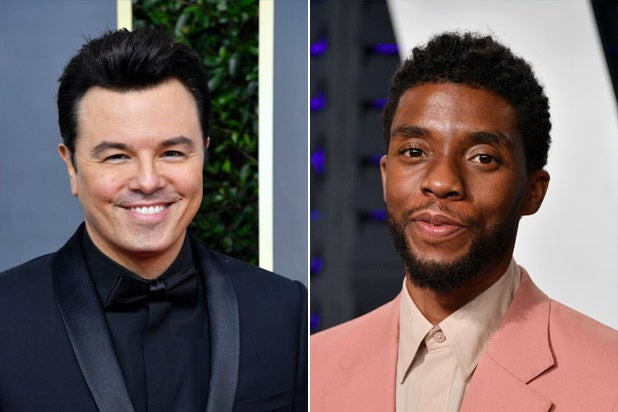 UCP is developing a scripted limited series about the Little Rock Nine with Seth MacFarlane and Chadwick Boseman attached to executive produce, the studio announced Tuesday.

The untitled series is based on the memoir “A Mighty Long Way: My Journey to Justice at Little Rock Central High” by Carlotta Walls LaNier, the youngest member of The Little Rock Nine and the first African American woman to graduate from the integrated school. “She’s Gotta Have It” writer Eisa Davis will serve as writer and executive producer.

The project marks the first foray into television for Boseman’s X•ception Content. It is being developed at UCP — a division Universal Studio Group — under MacFarlane’s company Fuzzy Door’s overall television deal with NBCUniversal.

Also Read: Seth MacFarlane to Adapt 'The Winds of War' Into Limited Series for UCP

In 1957, after the landmark Supreme Court decision of Brown v. Board of Education, 14 year-old Carlotta Walls is among the first black students to attend the all-white Central High in Little Rock, Arkansas. She walks into an unexpectedly violent struggle against integration, which suddenly turns her and the other black students into civil rights icons. For Carlotta – a teenager at the center of a cataclysmic moment in American history – graduating with her diploma means risking her life. But Carlotta searches for a way to keep her humanity intact at school and beyond, losing then regaining her selfhood in a coming of age leavened by humor, family, friendship, and solidarity.

Walls LaNier will serve as a consultant on the project. Executive producers include Davis, MacFarlane and Huggins for Fuzzy Door, Boseman and Logan Coles for X•ception, as well as Nick Marell, Coby Greenberg and Joe Micucci.