Another day, another “A Closer Look” from Seth Meyers, and on Thursday he examined the curious case of Donald Trump freaking out all week as the situation with the Mueller investigation continues to look worse and worse for him.

“You can tell the walls are closing in on Trump because he keeps reacting to the Russia investigation in increasingly desperate ways. He’s gone all the way from insisting he had nothing to do with Russia, to saying there was no collusion, to claiming that even if there was collusion it’s not a crime, to demanding that the investigation be shut down,” Meyers said. “He’s like a murder suspect who says, ‘I didn’t kill anyone, and besides, it was self-defense!’ ”

It’s a weird situation that nobody really knows how to feel about it even as we all watch with baited breath waiting to see what’s going to happen. And it’s tough for us in the cheap seats not to draw our own conclusions, as Meyers noted next.

Also Read: Colbert Imagines How Trump's Meeting With Mueller Will Go: 'Do You Want to Arrest Yourself?' (Video)

“Despite Trump’s insistence that collusion is not a crime — conspiracy to commit fraud or violate election laws very much are crimes,” Meyers said. “And many former prosecutors, even cautious ones, are beginning to argue that there’s already enough evidence in the public record to prove those crimes.”

“Late Night” then played a clip in which former FBI official Chuck Rosenberg, speaking on MSNBC, said that “there are bits and pieces in the public record that suggest that it wasn’t just Russians… So there are some unanswered questions, but I think the pieces are there.”

“Of course they’re there,” Meyers chimed in. “The guy publicly asked Russia to hack his opponent, his son took a meeting with them, and his closest aides all look like gangsters from a Tex Avery cartoon. 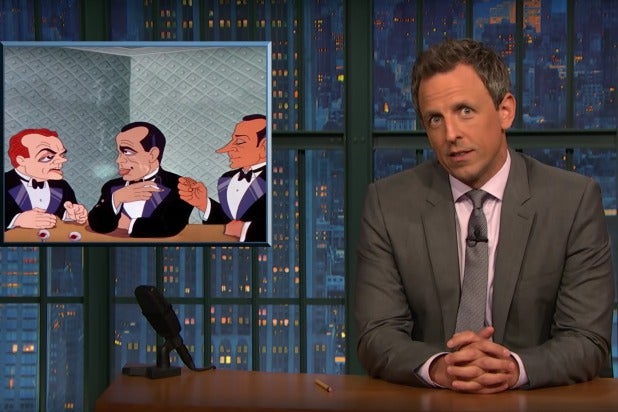 Also Read: Kimmel: We Shouldn't Worry About Trump's Tweets Because 'Nothing Matters at All Anymore'

“Which is why Trump is getting increasingly hysterical in his calls to end the investigation before its findings become public. Yesterday he tweeted that his attorney general Jeff Sessions ‘should stop this rigged witch hunt right now.’ ”

And that, as Meyers later said, is a fraught endeavor for Trump.

“If Trump was directing his attorney general, who iss supposed to be recused from the investigation, to shut down the investigation, that seems like a pretty obvious case of obstruction of justice,” Meyers continued. “Which is why Giuliani tried to insist it wasn’t an order, it was just an opinion.”

Also Read: Seth Meyers to Trump: You Don't Need ID to Buy Groceries 'Unless You're Buying Your Groceries at a Strip Club' (Video)

Next up was a clip of Giuliani claiming that of course it wasn’t an order.

“It’s what it is, it’s as we said immediately, it’s an opinion,” Giuliani said in the clip. “And he used his — he used a medium that he uses for opinions, Twitter. One of the good things about using that is he’s established a clear, sort of practice now that he expresses his opinions on Twitter. He used the word ‘should.’ He didn’t use the word ‘must.’ ”

“I’m sorry, do you really think Donald Trump is gonna agonize over the difference between ‘should’ and ‘must’?” He asked. “A couple weeks ago he called his wife Melanie. Yesterday he misspelled the word ‘smoking.’

“He’s not sitting over parchment dipping a quill into an inkwell debating which word to use. ‘Thou aught — no. Thou shalt.’ Trump just dumps the ink on the paper and then smears it around with his finger.” 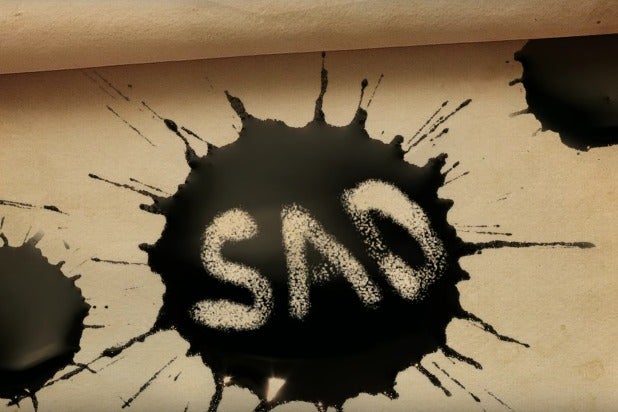 You can watch this and the rest of “A Closer Look” from Thursday’s episode of “Late Night With Seth Meyers” in the video embedded at the top of this post.