This story about Seth Meyers first appeared in the Miniseries/Movies issue of TheWrap Emmy magazine.

On his first episode hosting NBC’s “Late Night” in 2014, Seth Meyers told a self-effacing story about needing another man to change his wife’s tire while he stood by holding a little dog.

Three years later, he can no longer pull off jokes about being helpless and ineffectual — because each night, he stands up to the most powerful man in the world. Skipping hysterics, Meyers uses Donald Trump’s own words against him, with the precise degree of absurdity our present predicament demands. The jokes don’t just land because they’re factual — when have facts been enough? — but because they’re funny.

If you run Trump out of office, through mockery and scrutiny, would you consider that a score?

We keep hearing that his popularity matters: If he dips below 30 percent approval he’s in real trouble, because his congressional opponents and the special counsel will feel more emboldened, and his defenders might have second thoughts. You have the power to place a brand on him, or label him a certain way — as thin-skinned or incompetent, for example.

Sure. It’s not that I’m trying to run from credit here. I just think it’s a mistake as comedians to overstate how important [we are]. Once comedy gets important, it stops being funny. We think what we’re talking about is important, but we try to do it in a way that’s entertaining first and foremost. If people tuned in every night and said, “Oh, what I like about this show is its stated goal is to get this man out of office” — that’s not our stated goal. Our goal is to process what happened in the last 24 hours and hopefully give it to you in a way you enjoy.

And if he’s run out of office, it’s a nice bonus?

Look, it would be… Sure. I’ll take that as a bonus. 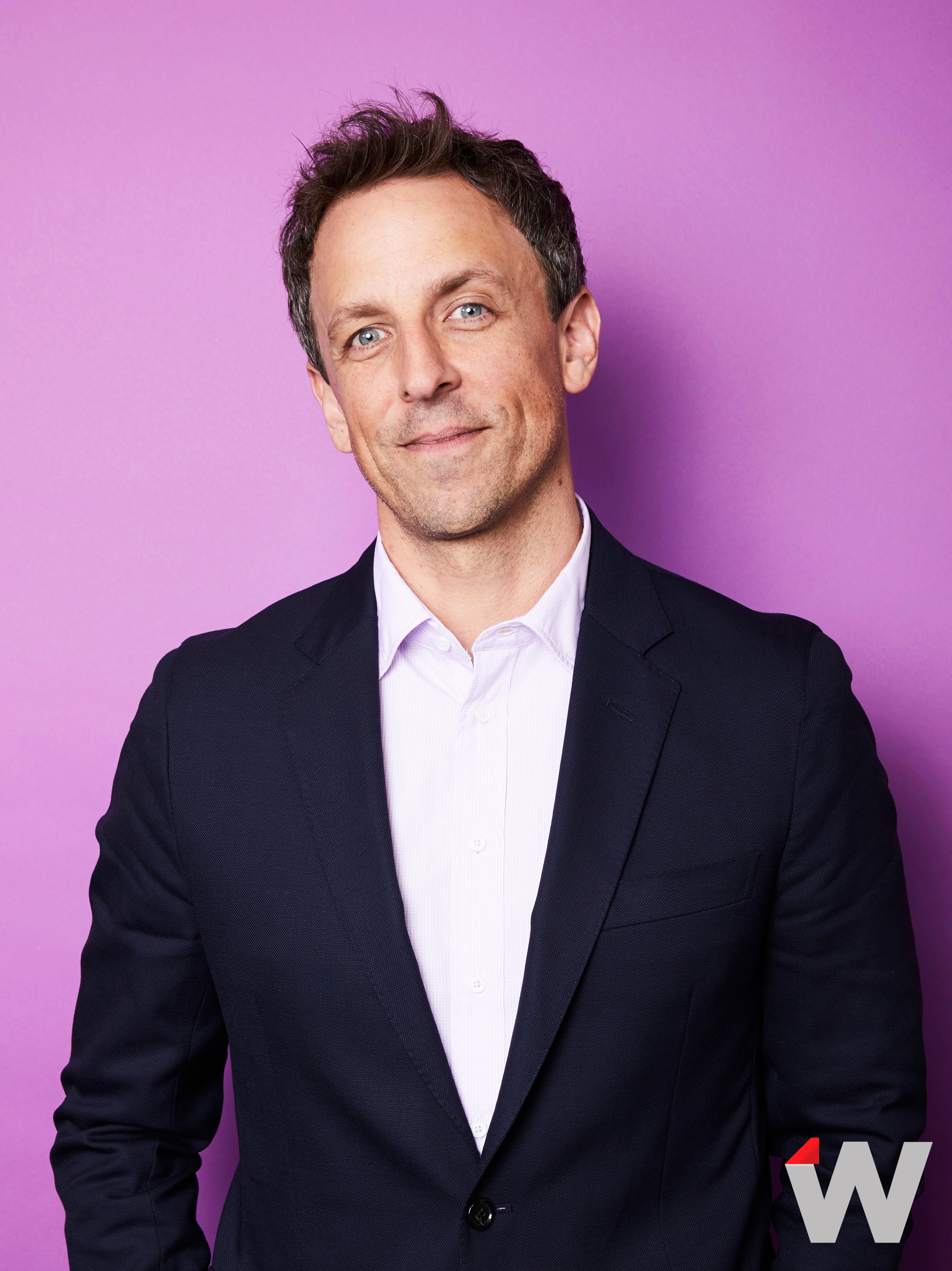 Photographed by Seth Meyers for TheWrap

What’s the contingency plan if he leaves?

We’ve been very honest on the show that we were wrong about how the election would break. We’re a lot better off if we just focus on today [rather than] trying to guess what will happen a month from now or two months from now. Because if it’s up to us to predict it, I’ve already shown America we’re very bad at that part of it.

Is there a rush in doing things one day at a time?

You have to keep it exciting because nothing’s worse than a day job you’re not looking forward to. And currently one of the things that brings us that excitement is news is breaking later in the day and you have to scramble to cover it. Sometimes it feels like an old-timey newsroom in a 1950s movie where everybody’s talking a little bit faster because they don’t have as much time.

Do you find yourself doing more journalism than you expected?