Seth Meyers kicked off his daily “Late Night” monologue of quick hitters Wednesday night with quite a jab at Speaker Paul Ryan, who announced earlier in the day that he would not seek re-election this fall.

But Meyers didn’t stop with just a killer zinger — he also provided an illustration as well.

“House speaker Paul Ryan announced today that he will not seek re-election. I believe his exact words were, ‘squeak, squeak, squeak,'” Meyers said, as the following image appeared on screen next to him. 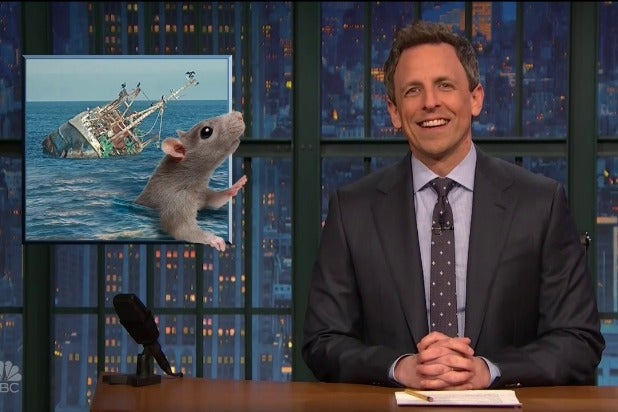 Oh, but he had another one for Ryan too.

“So now his family are the ones asking for thoughts and prayers,” Meyers joked, referring to the Republican’s regular offering of empty gestures after mass shootings while refusing to contribute to their prevention in any tangible way.

The procession of digs from there moved to Facebook CEO Mark Zuckerberg’s congressional testimony, another person leaving the White House, and Donald Trump suspiciously tweeting about “fighting back” against an investigation into whether he tried to obstruct justice.

Here’s what Meyers said regarding Zuckerberg: 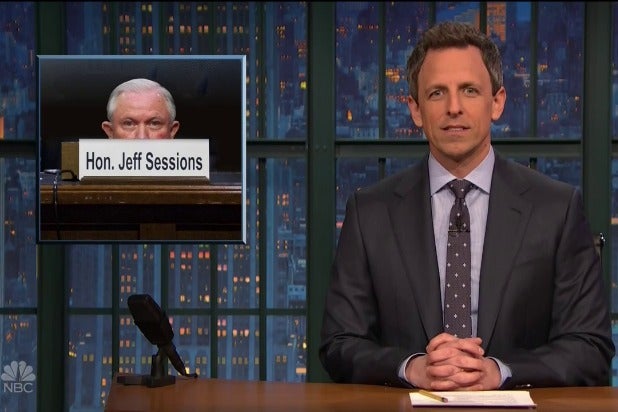 And somebody from the Trump administration named Nadia Schadlow quitting her job:

“The White House said today that deputy national security adviser Nadia Schadlow is resigning. This is how bad it’s getting in the Trump administration — the first time you even hear somebody’s name is when they resign. So long, Nadia, we’ll miss your characteristics that you probably have.” 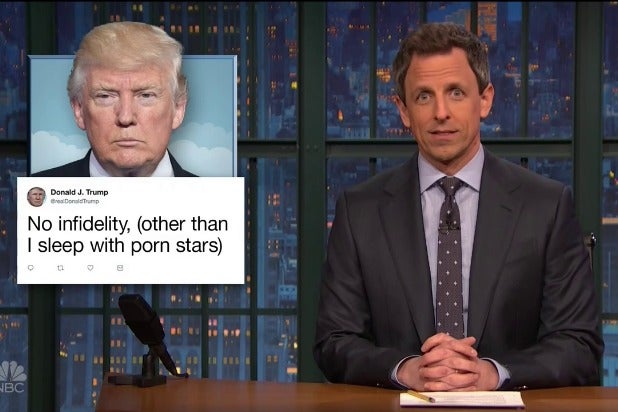 You can watch Seth Meyers’ “Late Night” monologue from Wednesday in the video embedded at the top of this post.