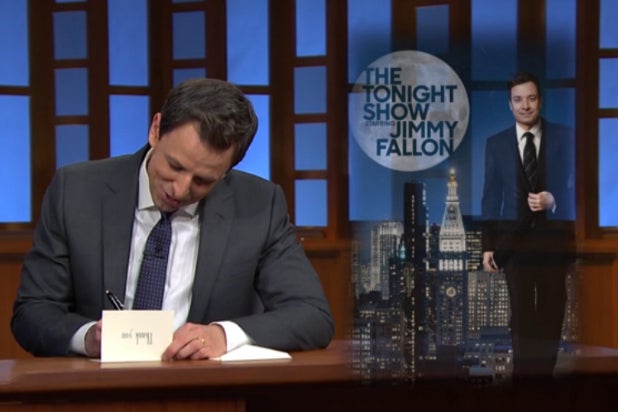 The debut episode of “Late Night with Seth Meyers” delivered the series’ highest rating and most viewers on a Monday in nine years, bringing in 3.4 million people.

The premiere averaged a 1.4 rating in the advertiser-coveted 18-49 demographic.

The 3.4 million viewers for “Late Night” topped the combined audiences in the timeslot of ABC’s “Nightline” (1.3 million for the first half-hour of the time period, after which local programming takes over) and CBS’ “Late Late Show with Craig Ferguson” (1.2 million).

The “Late Night” lead-in, “The Tonight Show Starring Jimmy Fallon,” also had a strong night, despite losing the key Sochi Games lead-in that it enjoyed during its debut week.