Paramount revealed the title for the seventh installment of the “Transformers” franchise on Tuesday at a virtual event hosted by director Steven Caple Jr., producer Lorenzo DiBonaventura and stars Anthony Ramos and Dominique Fishback.

“Transformers: Rise of the Beasts” will be centered on the “Beast Wars” storyline made popular in the 1990s cartoon, in which the transforming robots turn into prehistoric animals instead of vehicles.

“There are different breeds of Transformers,” Caple Jr. said. “In our particular film, they are prehistoric animals who travel through time and space, and we find them here on Earth.” 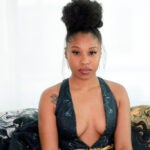 Like 2018’s “Bumblebee,” which took place in 1987, “Transformers: Rise of the Beasts” will be a period film set in 1994 in Brooklyn, N.Y., and Machu Pichu, Peru. G1 favorite Optimus Prime will return for the seventh installment and will once again be voiced by Peter Cullen.

It doesn’t look like Megatron will be returning for “Transformers: Rise of the Beasts,” as the villain of the seventh installment will be Scourge. Meanwhile, “Beast Wars” fan-favorites the Maximals and the Predacons will be making their cinematic debuts in the film.

For years, “Transformers” was the ultimate critic-proof franchise. Reviews for films like “Revenge of the Fallen” and “Dark of the Moon” were overwhelmingly negative, but fans and families showed up in droves to see the summer blockbusters, to the tune of over $1 billion each.

“Transformers” peaked in 2011 with its third installment, “Dark of the Moon,” which made $1.12 billion. That year, Paramount led all studios with $1.95 billion grossed domestically with 19.2 percent market share.

Paramount has dated “Transformers: Rise of the Beasts” to be released in theaters on June 24, 2022.