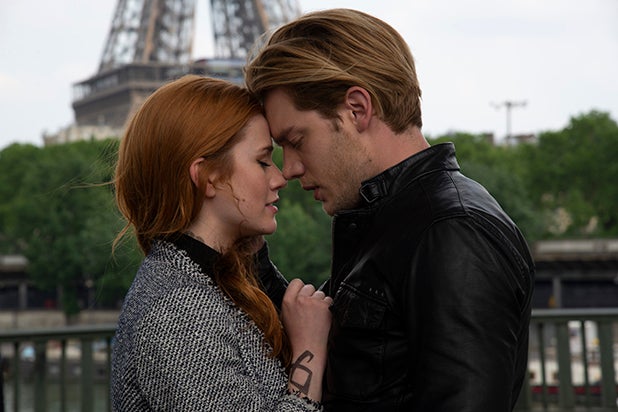 The super-sized “Shadowhunters” series finale just got even bigger.

Freeform announced at its annual summit on Wednesday that the TV movie capping off the supernatural drama’s three-season run will be a whopping two and a half hours long. (By comparison, “Avengers: Infinity War,” currently the longest film in the Marvel Cinematic Universe, has a two-hour-40-minute runtime.)

The movie is set to close out the network’s adaptation of the “Mortal Instruments” series on Monday, May 6 at 8 p.m.

Also Read: 'Shadowhunters' to End After 3 Seasons With 2-Hour Finale

The network also announced on Wednesday that it would match the $25,000 donation to the LGBT youth charity The Trevor Project that fans raised in support of the show.

News that “Shadowhunters” would end this year was first announced last June, ending months of fervent online campaigning from the show’s fanbase. The currently airing final season, dubbed “The Final Hunt,” covers the plot of the fourth and fifth books in the original series of YA novels, with the movie set to cover the sixth and final installment, “City of Heavenly Fire.”

“We are very proud of Shadowhunters, a series that broke new ground in the genre world and became a fan favorite,” Freeform said in a statement when the cancellation was first announced. “But, as big supporters and fans ourselves, Freeform insisted on and championed the filming of a special two-part finale that would give devoted fans a proper ending.”