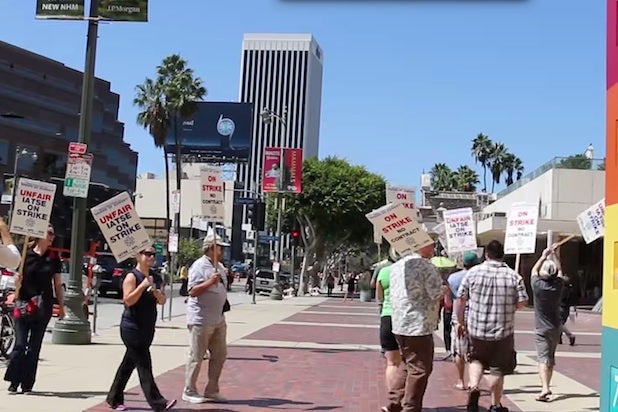 Striking “Shahs of Sunset” editors have called an end to the protest after reaching a deal on Friday.

“The crew of ‘Shahs of Sunset’ voted unanimously to ratify a union agreement, ending the month-long strike,” the Motion Pictures Editors Guild announced on its official Facebook page.

Representatives for Bravo and RSP didn’t respond to TheWrap’s  requests for comment. A rep from MPEG declined to comment.

The deal arrives after the International Alliance of Theatrical Stage Employees (IATSE), the union representing striking editors on the Bravo production, filed charges against the cable network with the National Labor Relations Board.

In a move that it seemed to have lost, Bravo took all responsibility for the show from RSP. That would mean that RSP could wash its hands of the strike while Bravo could fire the editors and continue the production with new staff. The union alleged that Bravo is retaliating against workers requesting union representation, which it said was illegal.

Editors working on the fourth season of “Shahs” walked off their jobs last month after RSP failed to address a letter requesting an immediate start to contract talks. That was folllowed by picketing outside the RSP offices. The editors had overwhelmingly signed cards authorizing IATSE to negotiate on their behalf, but insiders say RSP failed to reach out.

In the meantime, the union won an early battle when Bravo was forced to push the “Shahs” premiere back to an undetermined date during the first week of striking.

As more non-fiction and entertainment employees search out union representation, there have been a series of high-profile work stoppages by production and post-production reality television crews in the IATSE’s ongoing campaign to unionize the genre.

Earlier this year, a similar strike succeeded in winning a contract for employees of CBS’s “Survivor.”