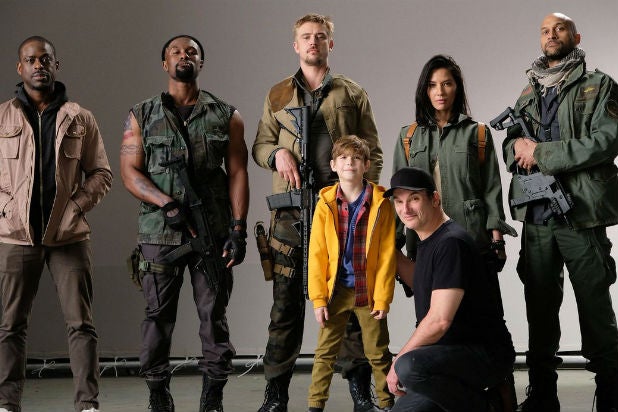 Shane Black’s reboot of the “Predator” universe is spending six more months in the oven.

20th Century Fox announced Saturday that the Feb. 9, 2018 release of the Olivia Munn, Keegan-Michael Key and Boyd Holbrook starring vehicle has been changed to Aug. 3, 2018.

Holbrook stars in the film as an ex-Marine who discovers the existence of the titular alien species and is forced to lead the fight against them. Jacob Tremblay (“Room”) plays the marine’s son, an autistic boy who is bullied in school but becomes vital to his father’s mission as his ability to quickly learn languages proves to be a valuable tool.

“The Predator” will be the first installment in the “Predator” series since 2007’s “Alien vs. Predator: Requiem.” Black co-wrote the screenplay with Fred Dekker (“Monster Squad”).

The original “Predator” movie came out in 1987 and famously starred Arnold Schwarzenegger as the leader of an elite special forces team on a mission to rescue hostages from guerrilla territory in Central America — before being hunted down an advance alien life form.