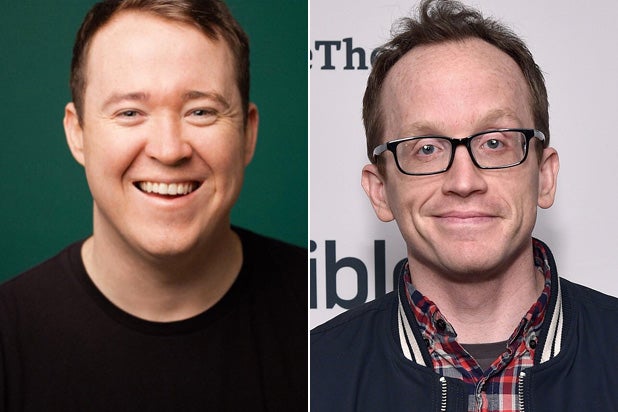 Newly announced “Saturday Night Live” cast member Shane Gillis has offered to apologize to “anyone who’s actually offended” by his history of using racist and homophobic comments, and he has since apologized to at least one of those people — fellow comedian Chris Gethard.

Gethard told the New York Times that Gillis called him on Friday to apologize after it was reported that Gillis once referred to Gethard as a “white f—-t comic.” The comment, as reported by Vulture, came on an episode of Gillis’ “Matt and Shane’s Secret Podcast” with co-host Matt McCusker in which he included Gethard and writer-producer Judd Apatow in a group of comics they described as “f—ing gayer than ISIS.”

“He definitely let me know that he felt he had crossed some lines,” Gethard told the Times, giving Gillis credit for taking the time to call when he’s “got a lot of fish to fry.”

Gillis was announced as one of three new additions to the “Saturday Night Live” cast for the upcoming season on Thursday alongside Chloe Fineman and current “SNL” writer Bowen Yang.

Within hours, writer Seth Simons had called attention to Gillis’ history of offensive comments on Twitter. Simons uploaded a video from a September 2018 episode of the podcast in which Gillis and McCusker have an extended back-and-forth about Chinatown, and Gillis uses a racist slur. A longer history of offensive comments was later revealed by other news outlets, including in Vulture’s report saying that at least one Philadelphia theater refused to work with Gillis because of “racist, homophobic, and sexist things he’s said on and offstage.”

Gillis made an appearance at The Stand comedy club in New York City on Thursday to “offer some context his past remarks,” according to the Times report. The owner of the club, Cris Italia, told the Times that Gillis explained that he was playing a character on the podcast when the comments were made.

Gillis also issued a statement on social media offering to apologize and describing himself as “a comedian who pushes boundaries.”

“If you go through my 10 years of comedy, most of it bad, you’re going to find a lot of bad misses,” he wrote. “I’m happy to apologize to anyone who’s actually offended by anything I’ve said. My intention is never to hurt anyone but I am trying to be the best comedian I can be and sometimes that requires risks.”

Representatives for NBC and “Saturday Night Live” did not immediately return TheWrap’s request for comment.