Marvel Studios released the trailer and poster for “Shang-Chi and The Legend of The Ten Rings” Monday, revealing the badass hero played by actor Simu Liu.

Watch the trailer above to meet Shang-Chi and learn why he can’t “outrun” who he “really” is. But we don’t see why he’d want to, because that guy is a badass.

“Shang-Chi and The Legend of The Ten Rings” stars Simu Liu as Shang-Chi, who must confront the past he thought he left behind when he is drawn into the web of the mysterious Ten Rings organization.

Liu is the first new star of the MCU and Marvel’s Phase 4, and he’ll be anchoring a franchise heavy on martial arts style and spectacle, emulating some of the best films in the genre. And Liu’s casting is also a landmark as he’s the first Asian superhero to lead his own superhero movie.

Also Read: 'Shang-Chi and the Legend of the Ten Rings' Pushes Back Release Date as Part of Massive Disney Shuffle

“Shang-Chi” also stars Tony Leung as Wenwu, Awkwafina as Shang-Chi’s friend Katy and Michelle Yeoh as Jiang Nan, as well as Fala Chen, Meng’er Zhang, Florian Munteanu and Ronny Chieng. Awkwafina is a welcome addition to the MCU as well, frantically taking the wheel of an out-of-control bus as it barrels through town in one scene in the trailer.

“Shang-Chi and The Legend of The Ten Rings” opens in theaters Sept. 3, 2021. Check out the trailer here and above, as well as the film’s poster below: 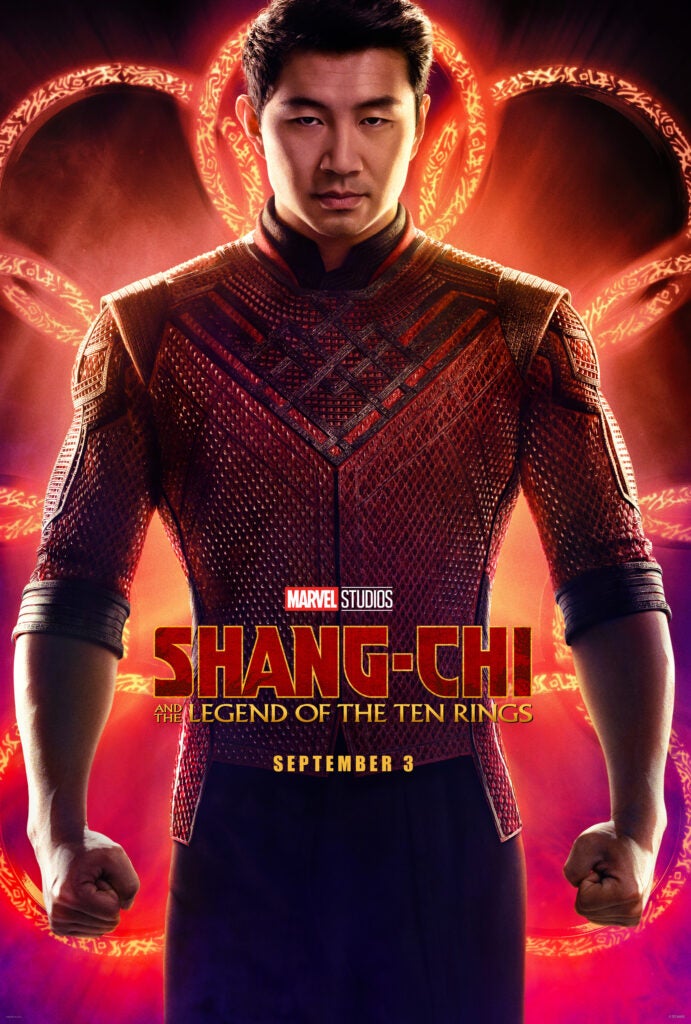