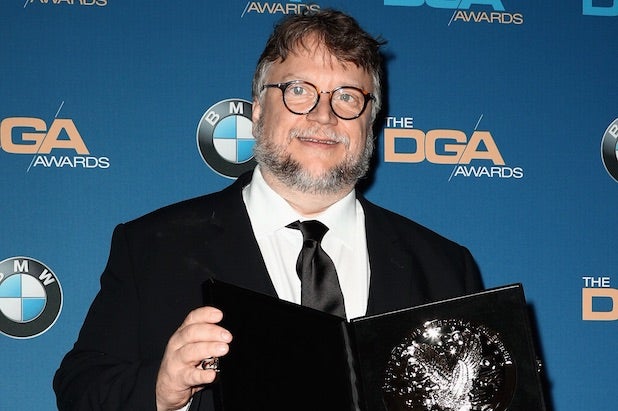 A lawsuit accusing Guillermo del Toro of lifting the idea for his film “The Shape of Water” from a 1969 play by Pulitzer-winning playwright Paul Zindel is all wet, a court has decided.

According to paperwork filed Monday, the suit has been dismissed with prejudice, meaning that it cannot be filed again.

The suit was filed in February by Zindel’s son, which said that the “The Shape of Water” infringed on his deceased father’s 1969 play “Let Me Hear You Whisper.”

According to the suit, the play “tells the story of a lonely janitorial cleaning woman who works the graveyard shift at a scientific laboratory facility that performs animal experiments for military use. There she becomes fascinated by a fantastic intelligent aquatic creature, held captive in a glass tank. To the sounds of romantic vintage music playing on a record player, she forms a deep, loving bond with the creature, discovering that it can communicate — but chooses to do so only with her. When she learns that the authorities plan to kill the creature, in the name of scientific progress, she hatches a plan to liberate the creature in a rolling laundry cart and release it at a dock that feeds into the ocean, where it will finally be free.”

Per the play’s online synopsis, the cleaning lady, Helen, is “particularly drawn to a dolphin.”

The suit says that “The Shape of Water” lifts from the concept to an actionable degree.

“Defendants have plainly incorporated numerous copyright protectable literary elements from the Play in their Picture. The Picture was publicly released in December 2017 to much fanfare, garnering nominations from dozens of associations, including thirteen nominations for ‘Best Original Screenplay.’ Although the Picture has struck a chord with audiences worldwide, filmgoers familiar with Zindel’s Play have roundly recognized the Picture as copying the Play, and have publicly criticized its creators for not crediting Zindel’s work,” the suit read.

However, the order handed down Monday reads, “The Court concludes that although there are some minor similarities, the Film and the Book are not substantially similar to the Play. Accordingly, Plaintiff’s claims for direct copyright infringement fail.”

In a statement, Fox Searchlight called the suit, which sought unspecified damages, “baseless” and “wholly without merit.”

“These claims from Mr. Zindel’s estate are baseless, wholly without merit and we will be filing a motion to dismiss,” Fox Searchlight said. “Furthermore, the estate’s complaint seems timed to coincide with the Academy Award voting cycle in order to pressure our studio to quickly settle. Instead, we will vigorously defend ourselves and, by extension, this groundbreaking and original film.”