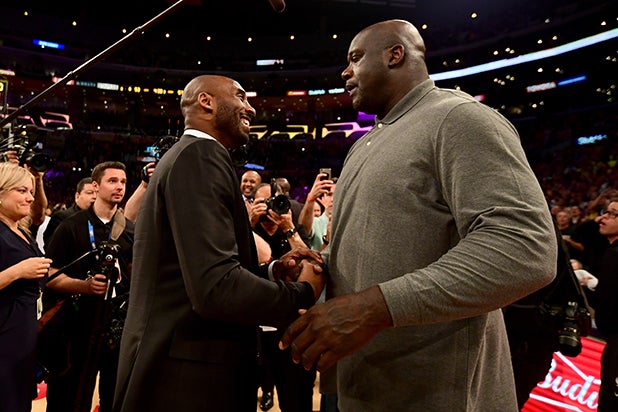 “I haven’t felt a pain that sharp in a while,” O’Neal said through tears, recounting the emotion he felt upon first learning the news that Bryant and his 13-year-old daughter Gianna were among the nine people killed in a helicopter crash over the weekend.

“As you know, the last couple months have been really tough. Lost my little sister, haven’t been sleeping, haven’t been doing the normal things I usually do,” he said. “I work, we laugh, we kid, we joke, [but] when I get back home, I look at reality and say she’s gone, it just hurts.”

O’Neal said he didn’t believe the news at first, when his nephew brought the early reports to his attention. It wasn’t until he was contacted by shared friends and family that Bryant’s death fully registered. O’Neal said losing his former teammate was like losing a “little brother.”

“Our names will be attached together for what we did,” he said, going on to reference to their well-publicized feud. “People always ask about our relationship, and I tell them it’s just like me and Charles. You got two strong-minded people that are going to get it done that way. You’re going to say certain things, [but] the respect will never be lost. When it comes to being inside the lines and winning, that’s what me and him did.”

Bryant, a five-time NBA champion with the L.A. Lakers, was killed Sunday morning along with his 13-year-old daughter Gianna and seven others in a helicopter crash in Calabasas, Calif., just hours before several NBA games were set to tip off. Tuesday’s game between the Lakers and the Clippers was postponed in the wake of his death, but the “NBA on TNT” team gathered at the Staples Center in Los Angeles for a special tribute to the late star.

“It just makes me think that in life instead of holding back certain things we should just do,” O’Neal said. “We work a lot and I think a lot of the time we take stuff for granted.”

In an episode of “The Big Podcast With Shaq” on Monday, O’Neal said Bryant had recently reached out to his son Shareef to see how he was doing, an example of the “love and respect” they shared for each other despite their past dispute. He also said on the podcast that he wished he would have reached out to Bryant prior to his death, a sentiment he repeated on Tuesday’s special.

“It definitely changes me,” he said. “I work a lot. You guys know what I do. I probably work more than the average guy. But now I’ve finally got to take time and say I love you … I’m going to try to do a better job of taking the time and reaching out to people. Because you just never know.”

“I haven’t felt a pain that sharp in a while.. it definitely changes me.”’@SHAQ on the loss of his brother, Kobe. pic.twitter.com/dM5i0DDgGK