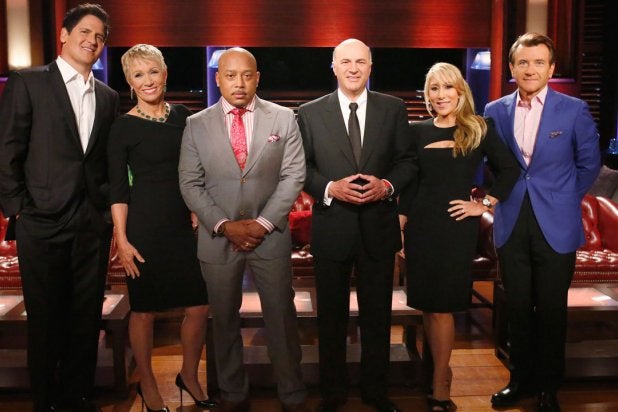 ABC has found tremendous success with “Shark Tank,” and that means the network wants more of it. That could come in the form of a companion series that serves as a kind of sequel for the entrepreneurs and products that appear on the parent show.

Mark Burnett is attached as producer of “Beyond the Tank,” according to The New York Times, which is expected to be announced soon by the network. The newspaper suggests that the show could become part of ABC’s schedule as early as this season.

The appeal of this companion show’s format is that it answers the question of what happens next for the participants on “Shark Tank.” Once they’ve secured investors for their products, it’s time to take the next step. For viewers interested in what that step is, their main recourse was to head to Google and start trying to track down the entrepreneur or their product.

While details were scarce on the pending project, as no deals have been finalized, the investors from “Shark Tank” would be expected to take some kind of role in “Beyond the Tank,” as they remain involved in the business ventures they’ve invested in.

ABC currently does this in short segments in various episodes of “Shark Tank” itself. But these are just quick check-ups on how past entrepreneurs are thriving, or not, after their time on the show. “Beyond the Tank” will offer a much more in-depth exploration of what happens after they leave the “shark tank.”

“Shark Tank” has grown into one of ABC’s most consistent and strongest performers, averaging 7.2 million viewers last season, while beating most of its Friday competition each week in the 18-49 demographic advertisers covet.

“Shark Tank” kicks off its sixth season with a two-hour premiere on Friday, Sept. 26 at 8 p.m. ET on ABC.