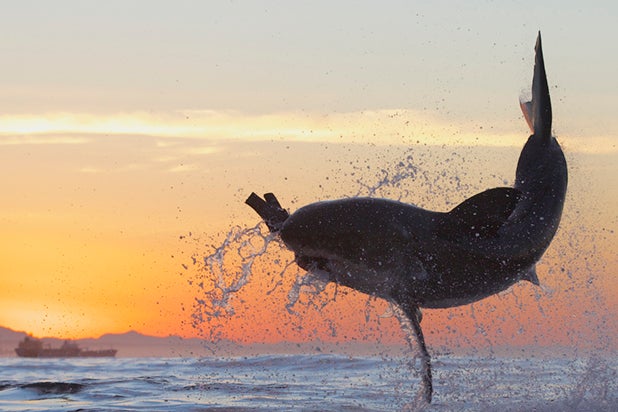 Across the entire week, Discovery’s shark-themed programming reached 39.4 million total viewers, according to Nielsen. That’s a total day sum — not a metric we’d ordinarily use, but a worthwhile one for a weeklong event.

In primetime, this year’s “Shark Week” was the fourth highest-rated installment among adults 18-49, which is the demographic most coveted by advertisers. The 2018 week, which kicked off July 23, was only bested by the “Shark Weeks” from 2013 to 2015.

Branded for the 30th anniversary and featuring specials like “Shaq Does Shark Week,” “Ronda Rousey Uncaged,” “Bear vs. Shark” and “Guy Fieri’s Feeding Frenzy,” this summer’s edition of “Shark Week” propelled Discovery to its highest-rated week overall since 2015. That makes logical sense, as it’s the key week of programming for Discovery, Inc.’s main cable network.

Discovery’s annual shark appreciation has become so popular that other networks have been following suit. Nat Geo Wild has been doing their own version called “SharkFest” since 2012, which kicked off a Megaldon-sized two week programming block to compete with Discovery.