In celebration of the unofficial holiday May the 4th, Syfy has unveiled the poster for its “Star Wars”-inspired “Sharknado” sequel, as well as a partial list of the stars who will make a cameo in “The 4th Awakens.”

Controversial Fox News host Stacey Dash will appear in the series’ fourth installment as the Mayor of Chicago. And as TheWrap previously reported, Cynthia Bailey of “The Real Housewives of Atlanta” and “Baywatch” star Gena Lee Nolin will appear as members of the “Astro-X” team. They’ll be joined by Robert Herjavec (“Shark Tank”), Kym Johnson (“Dancing with the Stars”), Carrie Keagan (TV host), T’Keyah Crystal Keymah (“In Living Color”) and Alexandra Paul (“Baywatch”).

The movie, written by Thunder Levin and directed by Anthony C. Ferrante, takes place five years after “Sharknado 3: Oh Hell No!” with the official description from Syfy teasing, “Fin (Ian Ziering), his family and the cosmos have been blissfully sharknado-free in the intervening years, but now sharks — and ‘nados! — are being whipped up in places (and ways) least expected.” 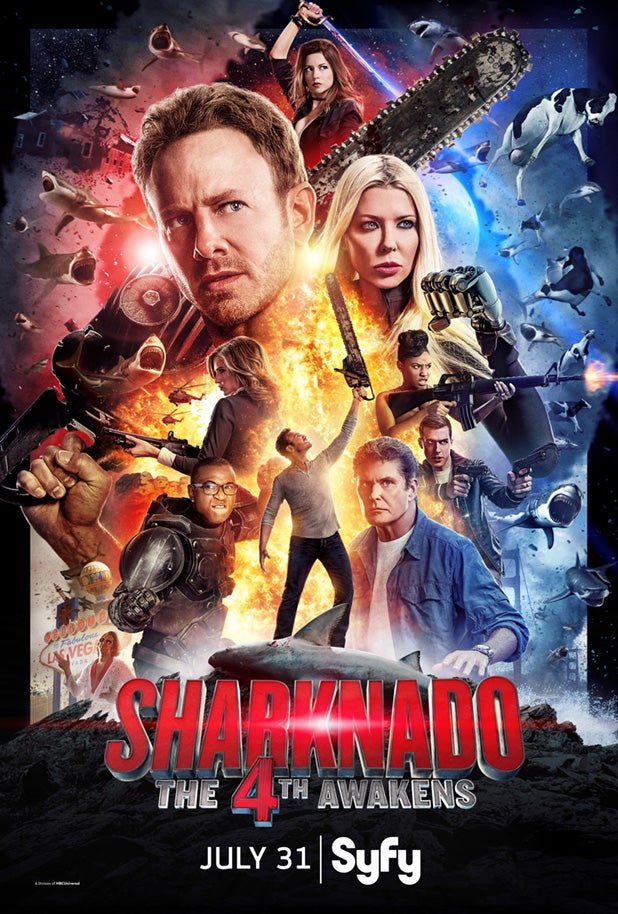 Whether it's because of endless delays, fan demands, a director's passion project or a cash grab reboot that seemingly no one ever actually wanted, Hollywood has produced an enormous amount of sequels to beloved films full decades after they originally hit theaters. And with the trend of "requels" or "lega-sequels" reviving any IP with a pulse, there's been no end in sight to how many more we might get. Some of them have been wildly successful with critics and audiences, and others we're just pretending never existed. Here are some of the sequels that took forever to hit the screen.
View In Gallery