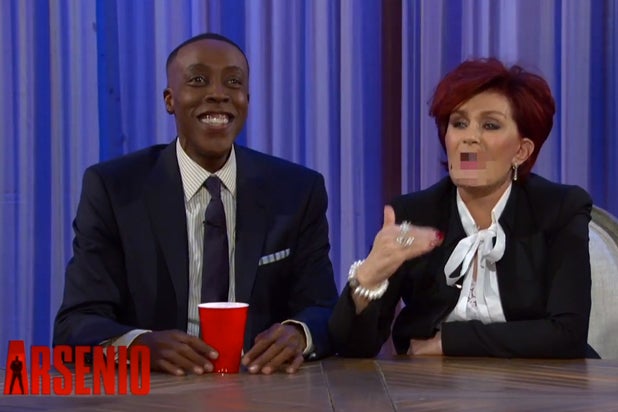 Sharon Osbourne has a new set of public enemies: the hosts of rival morning talk show “The View.” Except for Barbara Walters, who Osbourne adores. Everyone else, including Whoopi Goldberg, can go f— themselves, Osbourne said.

“The Talk” co-host expressed her sentiments while appearing as a guest on an installment of “The Arsenio Hall Show,” which is slated to air Wednesday. During the appearance, Osbourne and her co-hosts drank from what appeared to be red Solo cups often used at college keg parties. The fiery Brit’s rant began when Hall asked what differentiates “The Talk” from “The View.”

Julie Chen diplomatically began by saying that “The Talk” doesn’t discuss politics or debate, only for Osbourne to dramatically gulp down the rest of her beverage, toss the cup away, and let loose.

Also read: ‘The View': ‘No Truth’ to Report of Jenny McCarthy Striking Out

“Stop being polite! Cut to the fucking chase!” Osbourne said. “The situation is: Barbara — idolize her, divine, she is super-human. I love Barbara Walters. The rest can go fuck themselves!”

“The View” is still beating “The Talk” in the ratings, although Osbourne’s show has recently narrowed the gap. Meanwhile, “The View’s” ratings have decreased slightly compared to last year.

“The View” had no comment on Osbourne’s, um, suggestions.