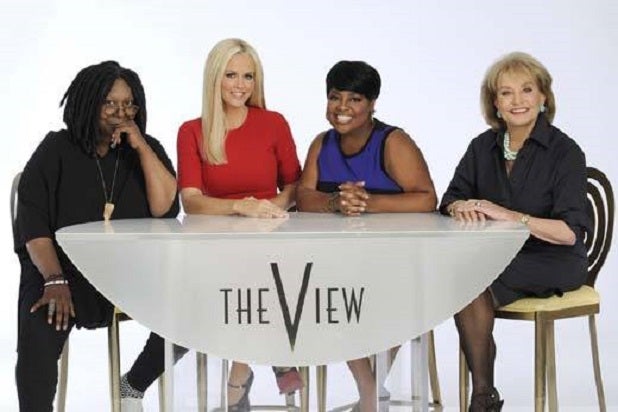 So far, the McCarthy Era is treating “The View” fairly well.

In the first three weeks of the new season of ABC daytime gab-fest “The View” — which saw Jenny McCarthy come aboard after the departures of Elisabeth Hasselbeck and Joy Behar — the show has weathered the transition, experiencing only minor dips in total viewership and the women 25-54 demographic.

The current season of “The View” — which premiered Sept. 9 — has averaged 3.023 million total viewers, as compared to the 3.239 million that the show averaged in the first three weeks of its previous season.

In the demo, “The View” has also held mostly steady, averaging a 1.2 rating, versus the 1.3 that it averaged in the comparable period last season.

Meanwhile, CBS’s entry into the daytime talk arena, “The Talk,” has made inroads in the demo and total viewership with its fourth season, which also launched Sept. 9. The show had its largest weekly audience to date for its first week back on the air, averaging 2.80 million total viewers — a 20 percent jump over the previous season’s premiere week. In the demo, “The Talk” averaged a 1.2 rating/.08 share for its first week — also a 20 percent rise over the previous season’s premiere week average.

In its first three weeks, “The Talk” has maintained that 1.2 average — putting it on even ground with “The View” so far this year — while slipping slightly in total viewers from the premiere week average, with 2.72 million — which is still up 23 percent from where it was at this stage last season.