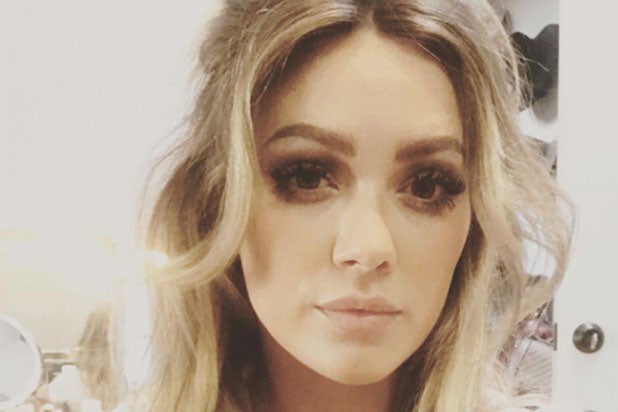 “It doesn’t matter who it is acting in it — it’s just tasteless,” Tate told People. “It’s classless how everyone is rushing to release something for the 50th anniversary of this horrific event.”

Debra Tate was 16 when her sister Sharon was murdered by Charles Manson’s cult followers in 1969, when she was two weeks away from giving birth. Debra Tate also said that the premise of the film — that her sister had a premonition that she and her former boyfriend Jay Sebring would have their throats cut — was “total fabrication.”

“I know for a fact she did not have a premonition — awake or in a dream — that she and Jay would have their throat cut,” she said. “I checked with all of her living friends. None of her friends had any knowledge of this. Tacky, tacky, tacky.”

Debra added that she owns the rights to her sister’s likeness, and that it would “have been nice if someone had contacted” her in regards to the independent film.

On Tuesday, Duff took to Instagram to share a picture of herself as Sharon, writing, “Had the incredible opportunity of playing Sharon Tate the past two weeks in an independent movie. She was an amazing woman and it was a true honor.”

In “The Haunting of Sharon Tate,” Jonathan Bennett and Lydia Hearst round out the cast. It will be written and directed by Daniel Farrands and focuses on the days leading up to the Tate’s murder from her point of view.

It is one of three movies about the Manson murders currently in the works, once of which is Quentin Tarantino’s still untitled film.

Had the incredible opportunity of playing Sharon Tate the past two weeks in an independent movie. She was an amazing woman and it was a true honor