Coming off the success of “Sharp Objects” and “Big Little Lies,” director Jean-Marc Vallée spent last week at one of Mexico’s most secluded and luxurious destinations.

Far from kicking up his heels on vacation to bask in the success of both of his HBO series, the Oscar-nominated director was a mentor and honoree at the ninth annual GNP ArteCareyes Film & Arts festival in the small town of Careyes, nestled on the Jalisco coast between Manzanillo and Puerto Vallarta.

The Careyes Creation Lab selects a group of rising Mexican and Latin American filmmakers to be guided by role models such as Vallée and Emmy-winning director Joan Darling (“The Mary Tyler Moore Show”), who tutor them in their quest to become the next Alfonso Cuarón.

Rather than simply delivering his presentation and then jetting back to his home city of Montreal, Vallée totally immersed himself with the directors, writers and producers who were hand-picked to attend. He dined, danced and drank tequila with them, all the while sharing his experience from 25 years in the industry.

Growing up in a blue-collar family in Montreal, Canada, the “Dallas Buyers Club” director recalled how he chose to take a public college class called Cinema in Society “out of pure laziness” but instantly fell in love with the process of filmmaking. Vallée cited his mother as the driving force behind his early career, saying: “I had psychological help from a woman who had a power from her despite coming from a very rough neighborhood.”

After taking a few paycheck jobs following his debut “Black List” (which became 1995’s highest-grossing film in Quebec), Vallée said his “artistic coming out” was the 2005 coming-of-age drama “C.R.A.Z.Y.”

“I wanted to show the world how much I loved this medium, music and how much I want to tell stories that touch the heart,” he explained.

A DJ in his spare time and an aspiring rock star at heart, Vallée puts great thought into how to use music when he first reads a new script. “I never use a score and have never hired a composer. [Instead], the characters are either playing music or they go into a bar where there is music playing,” he said. “For ‘Sharp Objects,’ I didn’t know what to do with Camille (played by Amy Adams). What does she like to listen to?” To combat the hurdle, he had Alice (Sydney Sweeney) introduce her world of music to Camille through her broken iPhone while they are committed to the psychiatric hospital for cutting.

Despite being skeptical when Adams first presented the Gillian Flynn adaptation to him because it was so dark, Vallée went on to embrace it. “I like underdogs, characters fighting to find happiness and truth. It was a genre thing but also family-orientated, and I know a little bit about dysfunctional families,” he said, plus “even in the darkness, there is beauty.” 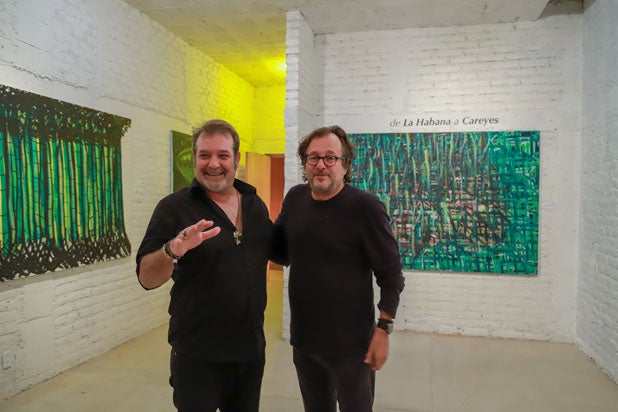 Vallée’s honest approach is the kind of raw, hands-on dialogue that attendees have come to expect from the five-day workshop and festival, which is the brain child of Filippo Brignone (above right), founder and president of the Careyes Foundation and son of Italian banker and entrepreneur Gian Franco Brignone, who developed the Careyes region out of 20,000 acres of wild jungle and coastline in 1968.

“The idea of doing GNP ArteCareyes was to promote Mexico and the cinema that we all love,” Brignone told TheWrap. “I want it to become a think tank, so we do art residencies, film, music … constantly there are interesting and sensitive people who want to bring their experience. This is a place to rest and enjoy but also to recharge your batteries. In doing that, you start looking at what there is around you.

“Careyes has something magical about it,” he added. “We have a beach here called Playa Teopa, which is an ancient place where the gods came to rest, and I think people feel it.” 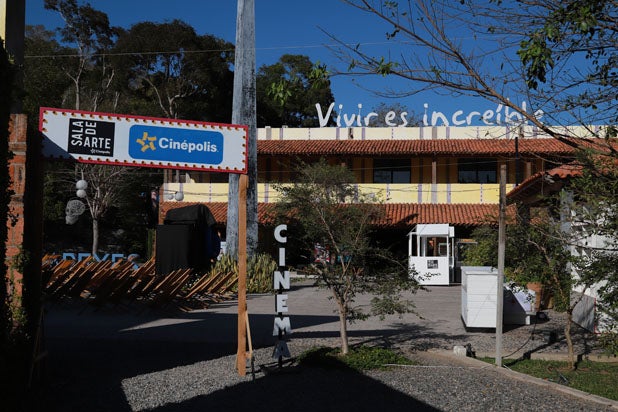 Inspired by larger events such as the Sundance Film Festival and Mexico’s Morelia International Film Festival, Brignone launched ArteCareyes out of his own love for film. “I’m a frustrated producer. Two times I was going to start and then life called me to do other things,” he said. The films presented this year — “The Chaotic Life of Nadia Kadic” by Marta Hernaiz Pidal; “Leona” by Isaac Cherem; “Birds of Passage” by Cristina Gallego and Ciro Guerra; “Sharp Objects” by Vallée; “Life in a Frame: 50 years of Careyes” by Andressa Nunes, and the Sundance Presentation, “Mustang” (pictured below) by Laure de Clermont-Tonnerre and “Botero” by Don Millar — were picked by a committee headed by writer and director, Marina Stavenhagen. 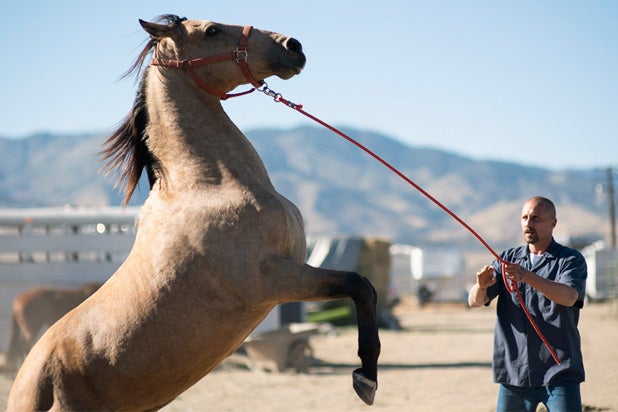 “John Cooper [Sundance Film Festival director] suggests some … then there is another factor called luck,” Brignone added, referring to the selection process. “The first time I brought John Cooper here six years ago, he looked at the Piazza with 300 seats and asked ‘This is your film festival?’ I got a bit scared about the question, then he said: ‘I love it. We have 65,000 people and nobody talks to anybody anymore.’ The intimacy is very important and is what makes it very special here.”

As for his guest of honor this year, “Jean-Marc Vallée is a very fine man,” Brignone said. “We have something in common, as part of ourselves are little Peter Pans in the way we look at life. He told me after the workshop, ‘I came here to give lessons, and the reality is that I learned a lot.'”

At the heart of the festival is the Careyes Foundation, which helps educate children in nearby villages. “We built a movie theater for the festival so now we can invite kids to educational movies. If they are interested in being a cook, we put them with a chef who explains what he does and then they watch ‘Ratatouille.’ Having this kind of melting pot allows us to create other synergies,” Brignone explained. 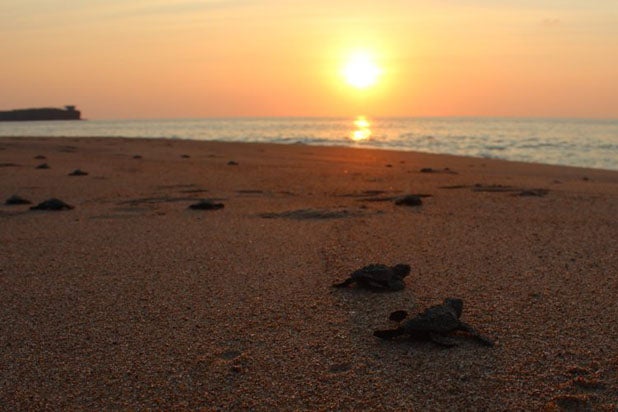 Brignone sees a bright future both for GNP ArteCareyes and the booming Mexican film industry as a whole. An all-time high 176 films were produced in Mexico in 2017, which was topped off last year by the Oscar success of Cuarón’s “Roma.”

“I think in every country you have waves, the last wave for Mexico was the ’40s and ’50s with film noire, it goes down and now it is back,” Brignone said.

GNP ArteCareyes was created in partnership with Alex Bracho and Victor Martinez from Makken with Brignone from Careyes. Marina Stavenhagen is the film director for the festival.