As family comedy rolls go, Shawn Levy is probably riding one of the better streaks in movie history.

Starting with 2002’s “Big Fat Liar” for Universal, a $15 million Frankie Muniz comedy that grossed a respectable $53 million, Levy embarked on a string of PG-rated success that has tallied nearly $1.5 billion in wordwide box office, without a single misfire.
This streak includes 2003’s “Just Married” starring Ashton Kutcher and Brittany Murphy ($101.6 million in global B.O.) and “Cheaper by the Dozen” starring Steve Martin ($190.2 million), both for Fox, as well as 2006 Sony remake “The Pink Panther” ($158.9 million), also starring Martin. 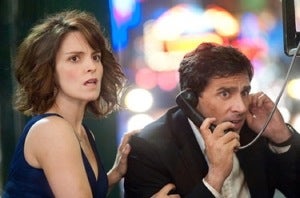 It also includes Fox’s two “Night at the Museums,”  which grossed $574.5 million and $413.1, respectively, while in the process proving that Levy is capable of handling a brilliant but not-always-terribly-easy-to-work-with heavyweight like Ben Stiller.
This all culminated in Fox giving Levy’s shingle, 21 Laps a new three-year overall deal featuring dibs on first-dollar gross, a distinct rare commodity in today’s economic climate.
Friday, the Montreal-born Levy will put his streak on the line with “Date Night,” a romantic comedy — featuring NBC Thursday-night denizens Tina Fey and Steve Carell — that doesn’t necessarily fall into his wheelhouse of special-effects driven family comedy.
So things are going well at Fox?
We just did a fairly significant overall deal in an era where those deals are endangered. I really like working with them, and they like working with me. I’ll never forget the fact that they gave me "Just Married" and "Cheaper by the Dozen," and then they offered me "Night at the Museum," which was 20 times bigger than anything I’d directed to date. In fact, they offered it to me three times over the course of a year, and I kept saying no. They had faith in me before I had faith in me.

Why did you keep saying no?
I was petrified of visual effects. I didn’t think I’d be able to figure them out or use them well. But I spoke to Chris Columbus, and he pointed out that the key thing is to be clear about what you want them to be in the movie … to figure it out as you go. That settled me down. 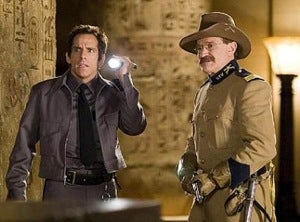 So where did “Date Night” come from?
The entire idea came to me over dinner one night with my wife. We came up with most of what happens, and I walked into 21 Laps the next morning and said, "Here’s the story, here’s what happens, let’s go." We hired a writer to develop the script, we sent it to Steve and Tina, they said, "Yeah."

Why Fey and Carell?
I’d heard a rumbling that they wanted to work together, and I knew I had the perfect vehicle. They feel perfectly organic as an on-screen couple. Not only do they feel perfectly married, but the kinds of comedy they do is perfectly matched. They both do smart, witty verbal comedy, but they’re also both completely willing to make asses of themselves.

Any trouble convincing Fox to take this on? Adult comedy isn’t a sure thing these days.
I was making the studio a lot of money doing these big tentpole films, but this is not a family film, and it’s not an effects film. And they didn’t even blink. That’s kind of a fantasy place to get to with a studio.

We read that you might hire former Paramount executive Dan Levine as president of 21 Laps. Are you going into crazy expansion mode?
I never wanted, nor do I need, a big, bloated company. Right now, we have five people on staff, and with the new deal, we’ll probably be increasing that to eight. I have this company so that I can explore my ideas. I’m lucky that I have executives with good taste and who have the ability to internalize my sensibility. That said, everybody reads and everybody can put forth an idea. The assistants who answer phones also give notes on scripts. It’s definitely a best-idea-wins culture.

“Night at the Museum” did exceptionally big numbers for comedies. What do you think was the magic sauce?
I think it was about making it entertaining for kids but really good for adults, too. We hit that chord, that big, fat middle of the bat where you really connect solidly.

Any thoughts of going into TV?
We are in talks right now about starting up a TV division. Some of our ideas aren’t big enough for movies, but they’re fantastic for series.

You’re directing “Real Steel,” a somewhat dark, futuristic story about fighting robots for DreamWorks starring Hugh Jackman. Are you done with family comedy for a while?
We’re just trying to stay as creative as possible. That’s not to say I won’t do more family franchises, I just really like exploring other tones and genres. But the projects will always be commercial and star-driven, and they’ll always be kind of positive and humanist.