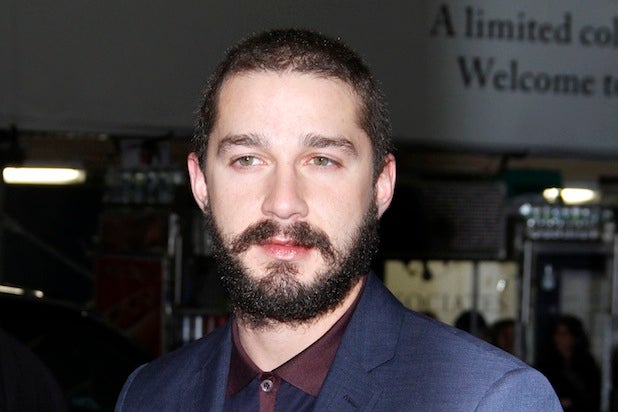 Shia LaBeouf has apologized for failing to credit Daniel Clowes’ obscure 2007 comic “Justin M. Damiano” as the source of inspiration for his short film “HowardCantour.com,” which caused an uproar online Monday after Clowes accused the “Transformers” star of outright plagiarism.

After he was called out by several film bloggers — the likes of which the short film portrays —  LaBeouf wrote on Twitter over a series of six tweets: 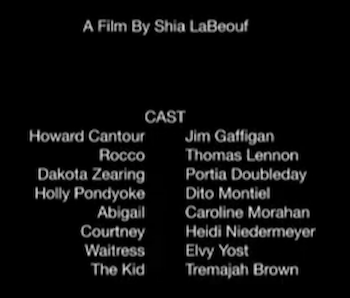 “Copying isn’t particularly creative work. Being inspired by someone else’s idea to produce something new and different IS creative work. In my excitement and naiveté as an amateur filmmaker, I got lost in the creative process and neglected to follow proper accreditation. I’m embarrassed that I failed to credit @danielclowes for his original graphic novella Justin M. Damiano, which served as my inspiration. I was truly moved by his piece of work & I knew that it would make a poignant & relevant short. I apologize to all who assumed I wrote it. I deeply regret the manner in which these events have unfolded and want @danielclowes to know that I have a great respect for his work. I fucked up.”

Lost in Monday’s commotion is the fact that LaBeouf doesn’t take an explicit writing credit for the short, though the “A Film By” tag (see left) may be misleading. The film, which debuted at the Cannes Critics’ Week sidebar to minor fanfare, stars Jim Gaffigan as a tortured online film critic named Howard Cantour, who pines for another young journalist played by Portia Doubleday.

Thomas Lennon plays a rival critic, while Dito Montiel, who directed LaBeouf in “A Guide to Recognizing Your Saints,” plays a filmmaker in desperate need of a good review.

Im embarrassed that I failed to credit @danielclowes for his original graphic novella Justin M. Damiano, which served as my inspiration

Clowes had no idea his comic had been misappropriated.

“The first I ever heard of the film was this morning when someone sent me a link. I’ve never spoken to or met Mr. LaBeouf,” Clowes told BuzzFeed. “I’ve never even seen one of his films that I can recall — and I was shocked, to say the least, when I saw that he took the script and even many of the visuals from a very personal story I did six or seven years ago and passed it off as his own work. I actually can’t imagine what was going through his mind.”

LaBeouf has long been one of the Internet’s favorite targets and his short didn’t do him any favors in that regard. A whipping boy of the ever-unfair world wide web, LaBeouf’s short seemed especially personal, as it takes aim at online film critics who, fairly or not, have been quick to criticize the 27 year-old actor.

In the wake of Monday’s mini-scandal, many branded LaBeouf as a remorseless plagiarist, and with a history — he’d also quoted Esquire in private emails to Alec Baldwin without crediting the magazine. That episode wasn’t really plagiarism at all, but tell that to the angry mob online who have disregarded LaBeouf’s intent in both instances.

“Plagiarist” is a word that critics have lobbed at Quentin Tarantino, who often riffs on the work of masters who came before him. LaBeouf doesn’t have the same goodwill with the public that Tarantino has, which may be why some critics dusted off their pitchforks Monday.

In response, LaBeouf took the short film down, making it password-protected from the vitriolic public.

LaBeouf, who can currently be seen in “The Necessary Death of Charlie Countryman, next stars in Lars von Trier’s “Nymphomaniac” — which certainly doesn’t need any more publicity.