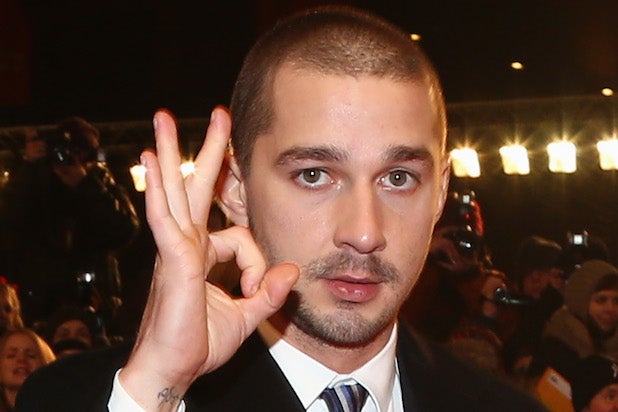 Shia LeBeouf, is that you under all that ink?

Director David Ayer (“Suicide Squad”) has tweeted the first look at LeBeouf in character for the indie crime thriller “The Tax Collector,” and he is barely recognizable under all the tattoos.

Plot details are bring kept under wraps, but the word “Creeper” is displayed across LeBeouf’s stomach possibly, revealing the name of his character.

LeBeouf and Ayer last worked together on the 2014 World War II tank drama “Fury.” “The Tax Collector,” which is currently in production, also stars stars Bobby Soto, George Lopez, Lana Parrilla, Chelsea Rendon and Cheyenne Rae Hernandez. The film is being financed by Cross Creek Pictures and is a co-production between Cross Creek and Cedar Park Entertainment. Ayer is writing, directing and producing, with Chris Long producing for Cedar Park.

LeBeouf was last seen in tennis drama “Borg vs. McEnroe” and recently wrapped production on “Honey Boy,” which he wrote and is based on his relationship with his father.

Ayer last directed Netflix feature film “Bright” and is set to return for the sequel.