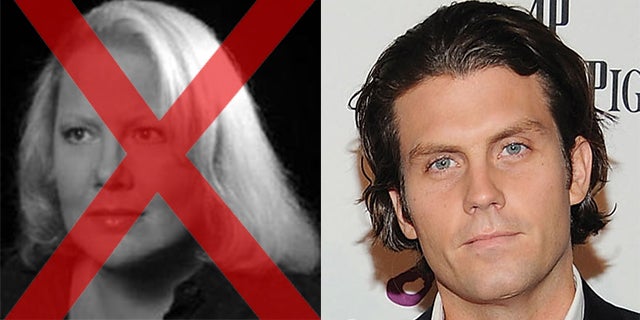 Nikki Finke has been fired from the blog she founded, Deadline Hollywood, and will be leaving the company as soon as this week, multiple individuals with knowledge of the situation have told TheWrap. Jay Penske, Finke's boss, called the report "untrue," and Finke said she would not discuss her status.

The scourge of Hollywood media has clashed repeatedly with her boss, who apparently has had enough.

Jay Penske, the CEO of Penske Media, which bought Deadline in 2009, told several top Hollywood executives last week that he was firing Finke, complaining she had crossed the line one too many times in sending poison-pen emails berating sources over scoops she lost to competitors.

“She’s been sending emails saying, ‘I’m going to f— you,’ and Jay says he’s had it,” said one top executive.

Penske emailed TheWrap to say: "Sharon, your story isn’t true and all of the 'facts' that you mention are completely erroneous."

When asked repeatedly if Finke was in fact leaving Deadline, he did not respond.

In a post Monday morning, Finke said she was "not going to discuss my Deadline Hollywood contract or my relationship with my boss Jay Penske. Why? Because I don’t have to. If that changes, I’ll tell you." She also said she was "out of town and about to begin my long-planned summer vacation. And the last thing I want is to be bothered now by a bunch of media and/or moguls asking for comment."

Finke did not respond to a Wrap email or call seeking comment ahead of this story's initial publication.

The news about Finke raced through Hollywood, sparking intense speculation about the relationship between the blogger and her boss.

The most recent conflict between Penske and Finke involved an email that Finke sent to two partners at UTA in the wake of losing a scoop, according to an individual with knowledge of the exchange. The scoop in question was a story in TheWrap about the talent agency seeking an equity investor.

In an email to, among others, CEO Jeremy Zimmer, Finke threatened to "f—" the agency, according to the individual. The email was sent to Penske. Finke denied using the f-word in an email to the agency.

Finke listed a series of emails in which she sought to prove that she hadn't used the f-word, but the emails also reinforced the notion that Deadline had threatened UTA agents. Gawker noted that after posting the emails, Finke removed a telltale line by her writer Mike Fleming that sounded distinctly threatening:  "false denials come with consequences at deadline hollywood, i’m sure you understand. because they piss us off and most people know better than to do that."

Another individual told TheWrap that Finke has been telling executives in Hollywood that she is leaving her job.

The other issue that brought things to a head is a new contract. Finke’s five-year contract is up next year, and the two have not come to an agreement. One of the individuals with knowledge of the conflict between Penske and Finke said that Finke had repeatedly threatened to sue Penske over his allegedly violating his purchase agreement of Deadline from 2009.

Deadline writer Mike Fleming posted that he did not "believe it for a moment" that Finke had been fired, adding: "Nobody fires Nikki Finke."

Meanwhile Penske sent a memo to his staff threatening legal action against TheWrap, and wrote: "This is a complete fabrication, with not an ounce of truth to it. Just to be clear, Nikki Finke has a multi-year contract with the Company, and it is the Company’s absolute intention to continue its obligations under the agreement."

Penske ignored three email requests by TheWrap to clarify whether Finke was leaving Deadline. After the second request for clarification he called this writer a "f—-ing liar" and said his lawyer would call instead.

The prospect of a defanged Deadline Hollywood without its Viper-in-Chief is an interesting one. Finke has both terrorized and riveted Hollywood by shredding the reputations of executives she dislikes and heaping praise on those she does.

But recently her writing has tended to be limited to analyzing box office on the weekends. The blog has come to resemble a less-spicy trade, with industry casting scoops by Mike Fleming and Nellie Andreeva dominating the coverage.

Her willingness to write so aggressively — while simultaneously threatening lawsuits to perceived rivals — was taken as a warning to others to feed stories to her blog and otherwise cooperate.

Finke and Penske have had a combative employee-boss relationship since the start, which surprises no one who has encountered Finke’s take-no-prisoners style. But the tension has worsened considerably since Penske bought Variety. Finke had encouraged Penske to buy the much-weakened trade, with the expectation that she would have a leading role in running it.

When that did not materialize, Finke was furious — and uncharacteristically silent– on the day that the purchase was announced.

Full disclosure (as if it were needed): Finke and I have history (look it up). And Jay Penske is a direct competitor of this publication.