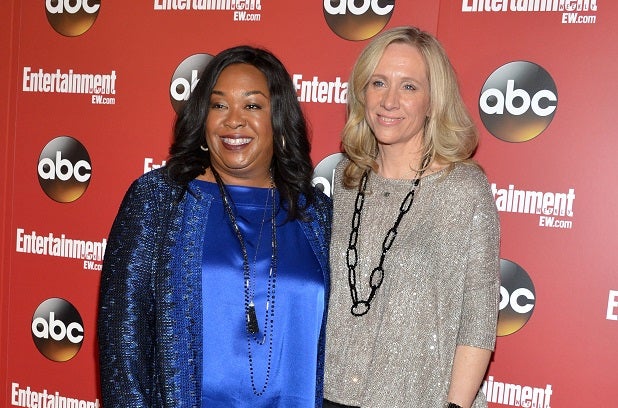 Shonda Rhimes and Betsy Beers of Shondaland will be honored with the Directors Guild of America’s 2014 Diversity Award, the union said Tuesday.

The award recognizes their commitment to diversity hiring, their long record of providing jobs and opportunities to women and minorities, and for the example they set for the rest of the industry, the DGA said.

“The DGA Diversity Award is an exceedingly rare honor, given only when we feel strongly that someone is making a real difference in the hiring of women and minorities,” said DGA President Paris Barclay.

“In the decade that Shonda and Betsy have been creating and producing buzz-worthy television, their record of diverse hiring has been consistently outstanding at a time when very few television series meet that standard. As a result, they have impacted the careers of dozens of women and minorities — they’ve made stars not only in front of, but behind the camera as well.”

Rhimes and Beers are partners in Shondaland, the production company founded by Rhimes in 2004. Rhimes is the creator and executive producer of “Grey’s Anatomy,” “Scandal” and “Private Practice.”

The Diversity Award has been given four times in its history: in 1997 to Bruce Paltrow, John Wells and Christopher Chulack; in 1999 to Steven Bochco; in 2000 to HBO; and in 2005 to Stephen McPherson.