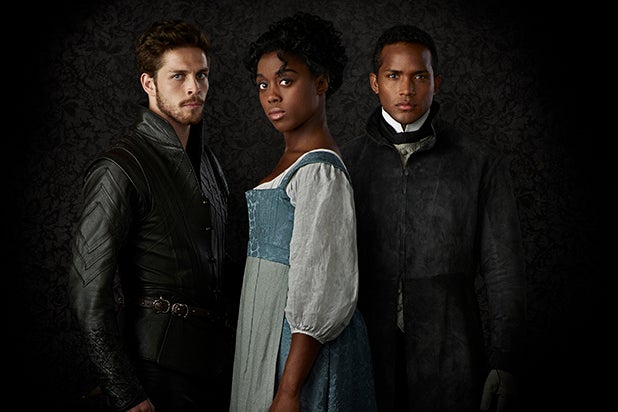 ABC has set its summer schedule, including premiere dates for Shonda Rhimes’ “Still Star-Crossed,” the limited series “Somewhere Between” and the Princess Diana docu-series “The Story of Diana.”

“Still Star-Crossed,” the “Romeo & Juliet” sequel series from “Scandal” alum Heather Mitchell, will premiere on Monday, May 29 at 10 p.m. The series, picked up last year, was originally slated for midseason but was absent from the schedule along with the Allison Tolman comedy “Downward Dog.”

ABC had reportedly toyed with the idea of saving the show — which was ordered as “Still Star-Crossed” and stripped of that title during production, only to have it restored ahead of the premiere — for this fall. As previously announced, “Downward Dog” will premiere on May 17.

Other premiere dates announced by dates announced by the network on Thursday include the Paula Patton limited series thriller “Somewhere Between” on Monday, July 24 and the two-part documentary “The Story of Diana” on Wednesday, Aug. 9.

The Anthony Anderson-hosted “To Tell the Truth” returns Wednesday, June 14, followed by the series premieres of “Boy Band” and “The Gong Show” on Thursday, June 22 and “Battle of the Network Stars” on June 29.

See the full schedule below: