“This is a film about a masterpiece and the moment and the much wider sociological, political and human canvas on which it takes place. As dark as it is at times, it is laced with humor and hope,” Buirski stated Thursday, adding, “Re-watching the film I was reminded how beautifully it holds up after 50+ years. I’d forgotten how tender it is.”

“Over the past decade, Nancy Buirski has created a body of work of thoughtful, artful and socially conscious documentary films that range from the arts and popular culture to stories of ordinary people caught up in the struggle for racial justice,” author Glenn Frankel added. “It’s an honor to collaborate with someone of her caliber and conscience to create a documentary about the world of Midnight Cowboy, one of the most transformative and ground-breaking movies of the modern era.” 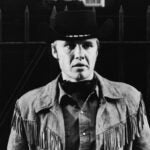 “Midnight Cowboy,” winner of the Academy Award’s Best Picture in 1969, is the bleak tale of Joe Buck and Ratso Rizzo, a male hustler from Texas and a tubercular petty thief from the Bronx, who forge a fragile friendship from mutual desperation to survive on New York’s mean streets.

The untitled project will be written and directed by Nancy Buirski, produced by Buirski for Augusta Films, with Simon Kilmurry, who is stepping down as Executive Director of the International Documentary Association, Susan Margolin and Claire L. Chandler.

Not a “making of” story, Buirski, director will explore the society of the 1960s from which this film originated.

The critically acclaimed book has been praised throughout the film industry since its release in March 2021. Charles Kaiser recently wrote in The Guardian, “Much more than a page-turner. It’s the first essential work of cultural history of the new decade.”

Here’s the book’s official logline: “1969. John Schlesinger, Waldo Salt and Jerome Hellman created a classic and changed the course of movie making. The studio system was sinking under its own weight; independent filmmaking was waiting in the wings for a chance to break through, although not necessarily with a movie that dealt with prostitution, sordid crime and had a homosexual subtext. But emerging out of the protests of the ’60s and the tragic murders of Robert F. Kennedy and Martin Luther King Jr., society was ready to face reality. Bloated musicals and melodramas were giving way to a more honest, if not cynical, look at the world. It was the right moment for novelist James Leo Herlihy’s utterly grim, but redemptive story.”

Buirski’s documentary credits also include “By Sidney Lumet,” “The Loving Story” and the upcoming “A Crime on the Bayou.”