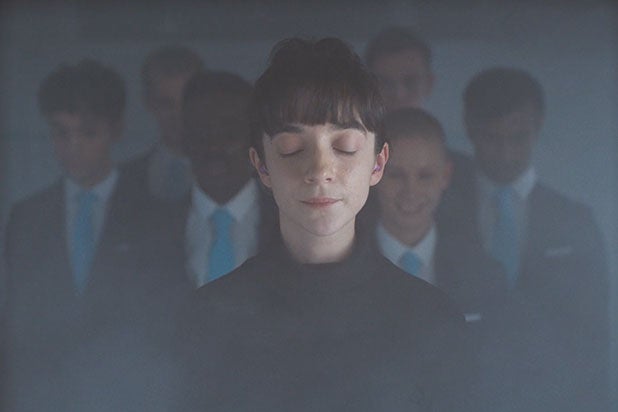 A “creepy” a cappella group at Dylan Holmes Williams’ university led the filmmaker to make a dark comedy short titled “The Devil’s Harmony,” about a bullied teenage girl who uses her music group to get revenge on her fellow classmates.

“I had the original idea because I was making a music video for an a cappella club and I realized how incredibly creepy they are, and I realized that that could be a starting point for a high school horror short,” Williams, one of the finalists in TheWrap’s ShortList Film Festival, told TheWrap. “Some of them have seen it, one of them is now a director, and he said it’s a very accurate description of what it’s like to be in an a cappella group. I worked with my co-writer Jess O’Kane on fleshing out a story from there and I wanted to do a dark comic, post modern high school film that leans into genre tropes of those films and try to subvert them and twist them in a peculiar, unsettling way.”

He said he looked at films like “Carrie,” “Brick,” “Donnie Dark’ and “Elephant” to really inform the tone and aesthetics of the film. Also, Williams is a fan of Yorgos Lanthimos, so he also drew inspiration from “The Lobster” and “The Killing of a Sacred Deer.”

He first got the idea for the film in 2014 and it then slowly evolved over the next three to four years. They shot the film in early 2019 over a five-day period.

He said one specific challenge he faced during the production of the short was that they had 90 people on set on one day, which is a lot for a small indie, low-budget short film.

“It was crazy for a short film — we had the cast, crew, and about 30 school kids and their supervisors, and there were moments when there was a horrible whirlwind, but at the same time we were getting content and rushes that we were excited by,” he explained.

Overall, he wanted to make a short film that showed how difficult it is sometimes for people from different social groups to connect, especially teenagers, and for them to cross over social barriers.

The short film won the Jury Prize for International Fiction at the 2020 Sundance Film Festival and was nominated for Best British Short at the British Independent Film Awards 2019.

“The Devil’s Harmony” is Williams’ second short, after “Stilts.”