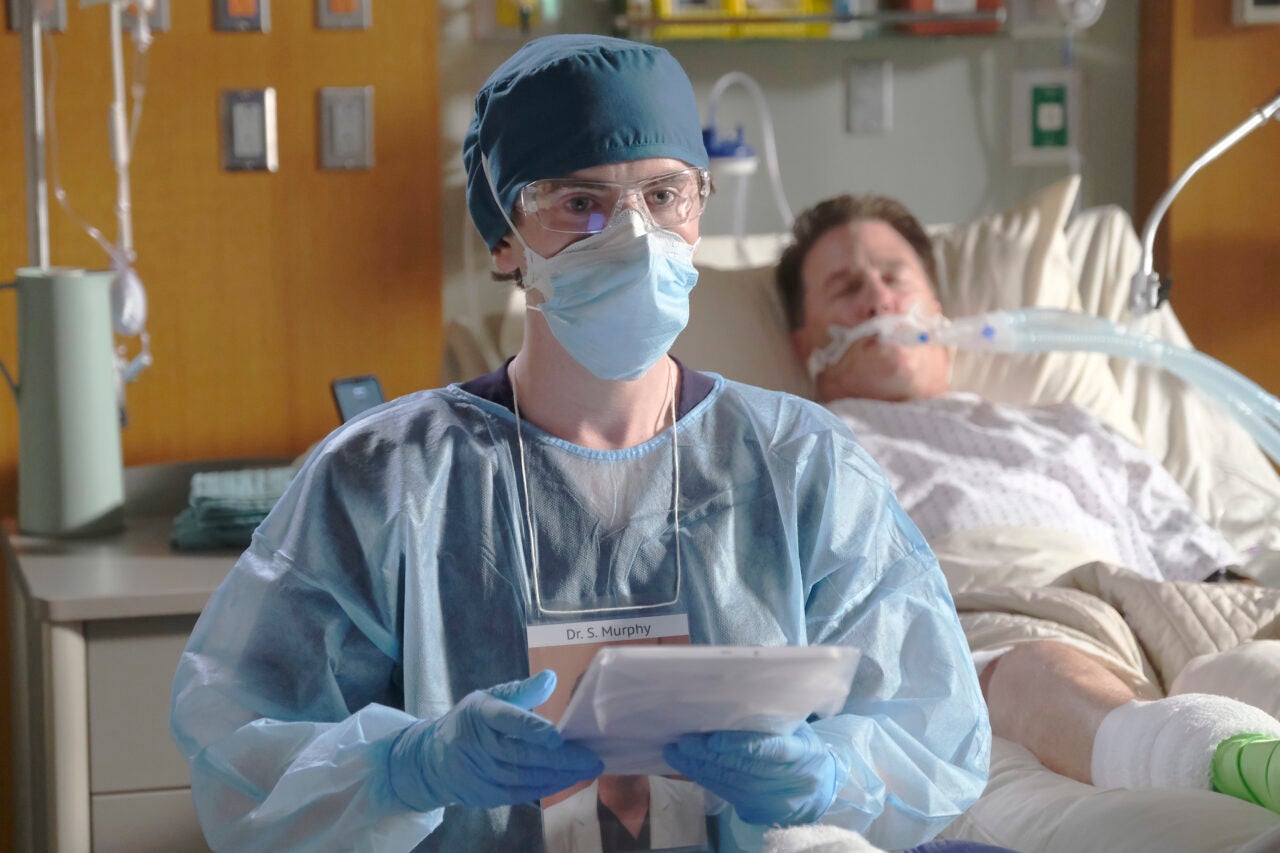 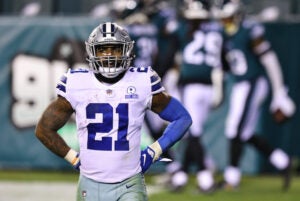 How TV Showrunners Are Handling COVID Storylines: ‘Do People Really Want to Watch This?’

”What is going to be the reality? You’re writing for something that’s gonna be on the air five or six months later,“ ”The Good Doctor“ boss David Shore tells TheWrap

One of the tough realities of 2020 is that there’s no escaping the coronavirus pandemic, even on TV. As broadcast television makes its slow return this fall, viewers will be treated to stories about pandemic on shows that range from comedies like “The Conners” and “Superstore” to dramas such as “NCIS: New Orleans” and “This Is Us.”

No longer limited by government stay-at-home orders and restrictive Zoom-style formats, television shows are finding increasingly diverse ways to reflect the realities of this so-called “new normal,” without any guarantee that this is what viewers will want to see when they turn on their TVs at night.

“What do we do? Do we just play the reality?” David Shore, showrunner for ABC’s medical drama “The Good Doctor,” told TheWrap. “And what is going to be the reality? You’re writing for something that’s gonna be on the air five or six months later, at that point. Who knows what that will be when things are changing so fast and we’re learning things every day. Do people really want to watch this?”

That writing was able to continue remotely even while filming was all but completely shut down throughout most of the summer was a boon in terms of employment and productivity, but it added the creative wrinkle of attempting to write toward a reality that could look completely different by the time the episode airs. Writers had to make a choice: Tell topical stories and risk being stale when the time comes, or ignore the pandemic and risk being irrelevant to a world that has already changed so much?

For Shore and the rest of the “Good Doctor” team, the pandemic was too big to overlook: “We ultimately decided we have to do this. We’re doing a doctor show, we have to,” he said. “We just felt we couldn’t ignore this — it felt really dishonest to ignore this.”

The first two episodes of the season are some of “The Good Doctor’s” heaviest, skipping through the last seven and a half months of the pandemic and watching COVID-19 go from abstract threat to a crushing burden on the U.S. health care system. But the rest of the season will move on from the pandemic to tell other stories at Bonaventure, because — as the country continues to set new case records seemingly every day — the relentlessly bleak reality makes for bad television. (The episodes will be accompanied by a disclaimer so as not to promote a false sense of complacency with regards to safety.)

“I think we have really profound stories about hope, about the human spirit, etc. All those wonderful things that we hope to explore every week that aren’t about COVID,” Shore said. “They’re about the rest of our lives, which are so important. We’re still dealing with all those other issues, even while COVID is front and center.”

Also Read: America Ferrera to Return for 'Superstore' Season 6 Premiere, Which Will Now Be Amy's Farewell 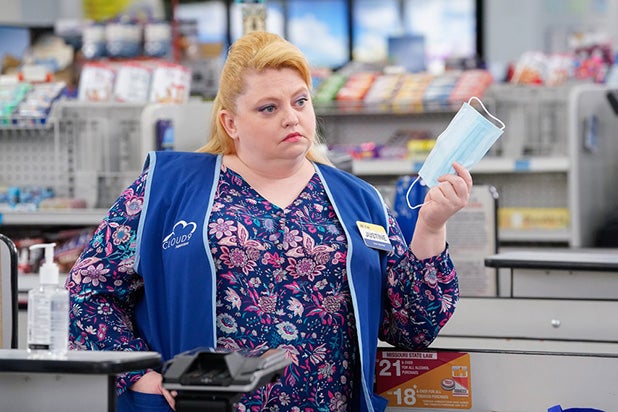 NBC’s “Superstore” is a show that often embraces the topical, previously telling stories about immigration, health care, inequality and corporate greed through the lens of minimum-wage retail associates. For showrunners Jonathan Green and Gabe Miller, it was never a matter of whether or not the show would tackle COVID-19, but how.

“The most difficult part was deciding what we had room to include,” Green said. “Because when we started talking about it with the writers, there was just so much that so many new things that were coming out of this,
the way we’re all living now. Everything is so bizarre suddenly, especially those early months.”

Last week’s season premiere, titled “Essential,” riffed on everything from angry, mask-refusing customers to the toilet paper panic of early spring, deploying a similar time-skipping format to get viewers up to speed on what’s been going on at Cloud 9 since the fifth season of “Superstore” was cut short by the pandemic.

“We were optimistically thinking we’d be on the other side of it and thinking, how much appetite will people have for looking back at it? Or will they want to move on?” Miller said.

The through-line driving the episode is that the box chain’s parent company — a fictional Silicon Valley tech company named Zephra — makes public statements repeatedly championing its employees as “essential” while failing to protect them at every turn. The episode is relatively light, with only one employee contracting the virus (while vacationing on spring break) and returning to the store a few scenes later after a time jump. 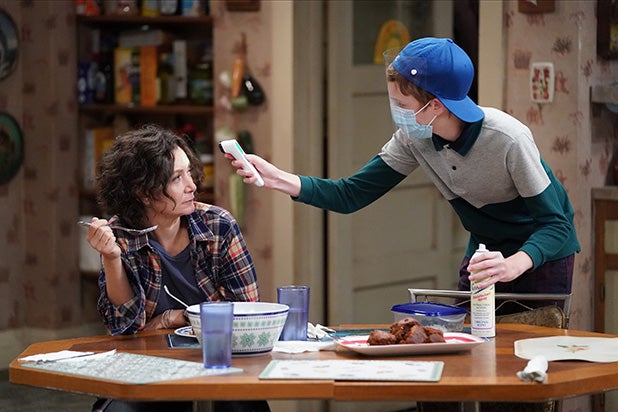 Rejected gags included: Sandra trying and failing to enforce one-way aisles and in-store social distancing; Glenn showing up to work with a self-inflicted haircut; Cheyenne and Bo homeschooling their young daughter; and Dina harassing customers during senior citizen hours because she’s convinced young shoppers are sneaking into the store in disguise.

“There’s just so much to explore so many different angles on it,” Green said. “And a lot of them, you know, are surprisingly funny, considering that it’s a global pandemic.”

“Superstore” and other shows that will carry on the thread of the pandemic through the rest of their seasons face a certain degree of uncertainty. Shows that have also decided to directly address the 2020 presidential election, like “The Conners,” are facing it on two fronts.

“The characters were built for disaster,” “The Conners” boss Bruce Helford said at a press conference about the new season back in September. “We’ve been following their life and their trials through all the things that have been going on since the 1980s. It just seemed natural that we would be in the middle of this and do it.”

He added, “I know there are a lot of shows that probably aren’t going to be reflecting what’s really going on, but we felt that it was an obligation to our viewers and to stay relevant and to show them what it’s like for a family that knows how to get through hard times but is thrown a curve like never before.”

As TV shows begin to return to air this fall, showrunners have had to decide whether or not to incorporate the coronavirus pandemic into their future storylines. From video chat-inspired comedies about quarantine to medical dramas facing the biggest medical story in generation, here's how shows are incorporating COVID-19 into upcoming episodes.