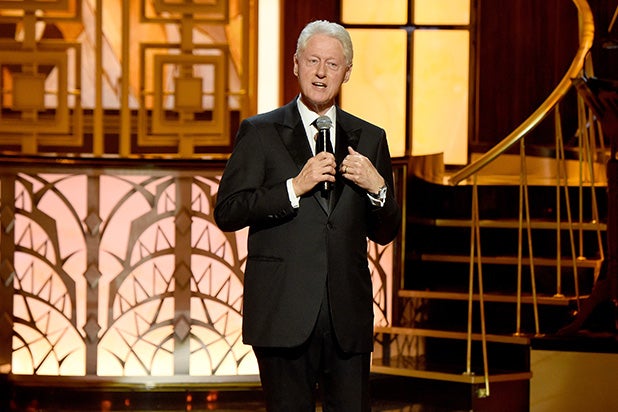 Showtime has acquired the rights to adapt the upcoming novel from Bill Clinton and James Patterson, the network announced on Thursday.

“The President Is Missing,” a thriller co-written by the former president and the bestselling author, is set to be published in June 2018 and Showtime now owns rights to adapt the highly sought after project into a series.

The book, Clinton’s first novel, was announced back in May by publishers Alfred A. Knopf and Little, Brown and Company. Few plot details are known, but the book promises to “tell the startling story of a sitting U.S. president’s disappearance, with the level of detail that only someone who has held the office can know.”

“I’m really enjoying writing this book and working with Jim,” Clinton said in a statement. “And I can’t wait to see Showtime bring the characters to life.”

“Bringing ‘The President Is Missing’ to Showtime is a coup of the highest order,” said David Nevins, Showtime president and CEO. “The pairing of President Clinton with fiction’s most gripping storyteller promises a kinetic experience, one that the book world has salivated over for months and that now will dovetail perfectly into a politically relevant, character-based action series for our network.”

“The White House is such an exciting world to explore and is made even more so with the unique insights of a former President,” added Patterson.  “Rich storytelling opportunities for this series abound.”