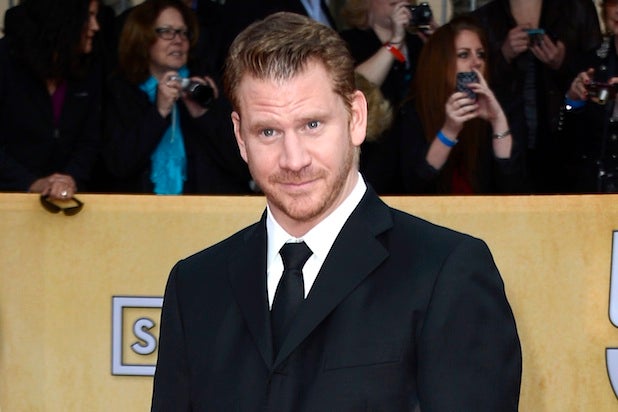 Mihok plays Bunchy Donovan on Showtime’s “Ray Donovan.” Bunchy is the most vulnerable of the Donovan brothers. After being molested as a child by his local priest, Bunchy has come to identify himself as an alcoholic and a sexual anorexic in his adult years.

Mihok’s portrayal of such a troubled man with psychological and addiction issues has garnered him some attention for the Supporting Drama Actor race.

In TheWrap’s Emmy contender series, Mihok takes a look back at his manic season, reveals who tops his Emmy ballot and the roles he’d love to give a spin in.

1) What was the toughest thing you had to do this season?
I think it was consistently skating the line between the comic and the tragic, fueled by a deep self-loathing and desperation to be seen.

2) What was the most fun thing you had to do this season?
See above! I couldn’t pick one. Bunchy has had many fun moments this season. Riding a Raleigh Chopper old-school bike, wearing cutoff gloves was pretty fun.

3) Let’s assume that somebody has never seen your show. What would you say to persuade them to watch it?
If you like great acting, and dark, yet awkwardly amusing writing and depth of character, this show is for you… Not to mention watching Jon Voight half-naked, smoking a joint while dancing with a black prostitute.

4) You’re an Emmy voter. You can’t vote for yourself or your show. Who’s at the top of your ballot?
[Bryan] Cranston and “Breaking Bad.”

5) If you could play any other role on any other show, what would it be?
There is a bunch! Wouldn’t mind playing someone like the King Slayer on [“Game of Thrones”], but I would love to play multiple characters like Tatiana Maslany plays on “Orphan Black.”

See video: ‘Ray Donovan’ Season 2: ‘There Are Still a Lot of Secrets’

6) What was the last TV show you binge-watched? How many episodes did you see in a sitting?
I think it was “House of Cards,” three in a row. I’ve done five in a row with “Breaking Bad.”

7) If you get nominated, what will you pick as your Emmy episode?
Episode #111.

8) Is this the Golden Age of Television?
I believe it is. The writing in TV today can be so incredibly rich and layered. There are networks and executives who are willing to take risks on vastly different material, and as an actor, there are some really juicy roles to sink your teeth into.