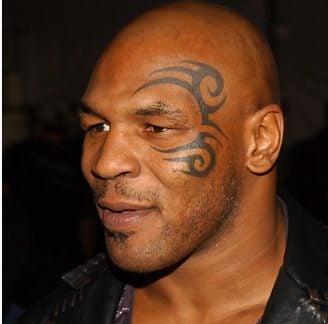 Retired heavyweight boxer Mike Tyson will make his debut on ABC’s "The View" on Friday, May 7.

It will be the first time "Iron Mike" will do an on-air interview with Barbara Walters since her 1988 “20/20” joint interview with Tyson and then-wife Robin Givens.

Tyson has had his ups and downs of late, as usual. He’s promoting his new series for Animal Planet and a documentary about his life. He did a well-received cameo in last summer’s hit movie “The Hangover.” However, in November he made headlines for getting into a scuffle with a paparazzo at LAX.

Meanwhile, Oscar-nominated actress Gabourey Sidibe (“Precious: Based on the Novel Push by Sapphire”) will co-host “The View” on Tuesday, May 4.

Her first guest appearance on “The View” was in February. In fact, she mentioned the show during her “SNL” musical monologue last week, singing “I’m not feeling blue, I’ve been on ‘The View’, I’m Gabourey” to the tune of the “Shoop Shoop Song (It’s in His Kiss).”