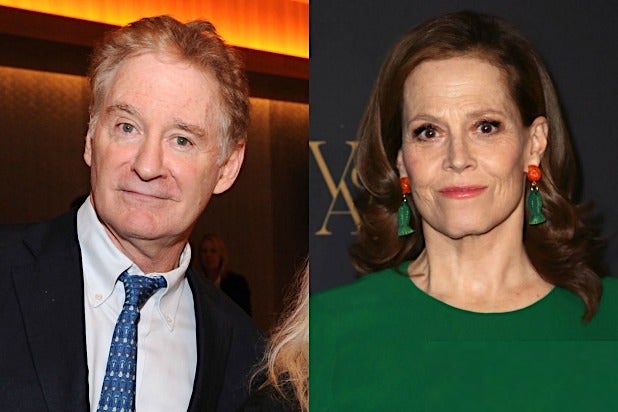 Sigourney Weaver and Kevin Kline are set to star in an adaptation of the New York Times bestselling novel “The Good House” at Amblin Partners, the studio announced Monday.

Production will begin this week in Canada on the film based on Ann Leary’s novel of the same name. Maya Forbes and Wally Wolodarsky, who also co-wrote the script, are set to direct.

“The Good House” follows Hildy Good (Weaver), a wry New England realtor and descendant of the Salem witches, who loves her wine and loves her secrets. Her compartmentalized life starts to unravel as she rekindles an old romance and becomes dangerously entwined in one person’s reckless behavior.

“The Good House” is also a reunion for Weaver and Kline, who previously appeared on screen together in the 1993 comedy “Dave” and in the drama “The Ice Storm” from 1997.

Weaver will next be seen reprising her role as Dr. Grace Augustine in James Cameron’s “Avatar” sequels and will also be seen in “Ghostbusters 2020.”

Kline won a Best Supporting Actor Oscar in 1988 for his work in “A Fish Called Wanda,” and a Tony for Best Actor in a Play for the 2017 revival of “Present Laughter.” He had a stint doing voice work for “Bob’s Burgers,” and he’ll next be seen in “The Starling” from Theodore Melfi and “The Diary” from Jackie Chan.

The writing team of Forbes and Wolodarsky have been married since 2004. Forbes worked on “The Larry Sanders” show, and wrote and directed “Infinitely Polar Bear” and “The Polka King.” Wolodarsky was a staff writer for “The Simpsons.” The couple most recently co-wrote “A Dog’s Journey” and “A Dog’s Purpose.”

Weaver and Kline are both represented by UTA. Kline is managed by Berwick & Kovacik.