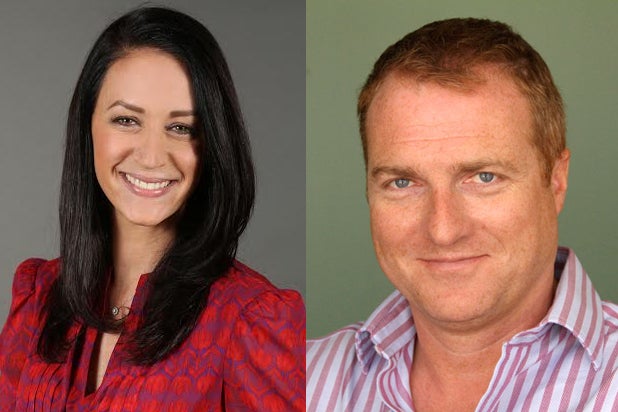 Simon Andreae is out as Fox’s reality chief.

Andreae had only assumed the role as EVP of Alternative Entertainment in October of 2013, but suffered a major setback this past Fall with the network’s poorly rated and extremely expensive reality venture “Utopia,” which was quickly canceled.

There was some executive clash within Fox over the show’s costs and whether the Dutch show’s ratings supported the gamble, TheWrap reported in September, but Andreae had said the broadcasting company’s top brass was “pretty happy and relaxed to embrace the risk.”

Henson previously served as executive vice president of Unscripted Television at Electus, where she oversaw the company’s unscripted TV business, including “Running Wild With Bear Grylls,” and the upcoming “Breaking Greenville” and “The Raft.” Prior to that, she was vice president of Alternative Series at ABC Entertainment, where she oversaw new series development, as well as production for hit series, including “Dancing With the Stars,” “Shark Tank” and the “Extreme Makeover” franchise.

She has also served as producer on CBS’s “Big Brother” and NBC’s “Grease: You’re The One That I Want!” as well as the syndicated show “On Air With Ryan Seacrest” for Fox affiliates. She also served as executive producer on “The Secret Life of a Soccer Mom” for TLC and on the”Critics Choice Awards,” while also overseeing red carpet coverage of the Academy Awards, Grammys, Golden Globes and SAG Awards for E! Entertainment.

“Corie has the perfect combination of broadcast and producing experience to help us move our unscripted brand forward. Seeing the tremendous work that she, Chris Grant and the team at Electus have done, Corie clearly knows what it’s like to be on the creative side of the business, but also has a proven track record of developing and shepherding big, broad network hits,” said Newman and Walden in a statement. “As we look to expand our alternative slate, Corie will play a key role in helping us find and launch the next generation of bold, aspirational and adventurous FOX reality fare.”

“Fox has always been an innovator and leader in unscripted television,” Henson added. “I’m grateful to Dana, Gary and David for the opportunity to be part of this legacy where talent matters most and great producers and creativity are valued.”