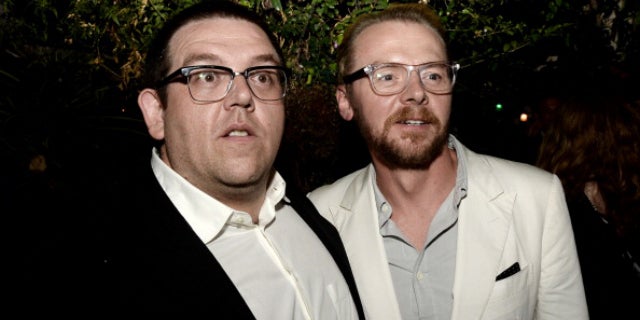 No one can accuse "The World's End" star, Simon Pegg, of giving a boring interview.

Mere days after responding "F— you" to critics of his film "Star Trek Into Darkness," Pegg had choice words for two other modern-day sci-fi action films — "Transformers" and "Man of Steel."

In an interview with Vulture, Pegg opined, "I think science fiction's kind of lost its way over the years, in that people suddenly think it's about the robots … It was never about the robots. It's always been about the people. And robots have been a metaphor for something. And there doesn't seem to be a metaphor now."

"Was 'Man of Steel' a metaphor for 9/11?" Pegg asked rhetorically. "No. It was just us seeing buildings falling down."

Pegg also took aim at Michael Bay's fighting robots franchise, saying, "'Transformers' is a movie version of a toy, which came out of a series about robots, which was aimed at children, and then suddenly it's a thing that's skewed towards adults, but it is just toys fighting. It's all it is. And it doesn't really say anything about us or the world."

He concluded, "And in my experience of it, it's just mind-numbingly dull."

Finally, Pegg compared the conclusion of his new film, "The World's End" — which he says lives up to its title — to that of the aforementioned Superman flick:

"That was one of the things that blew me away about 'Man of Steel,' that at the end, they're all at the Daily Planet office just going, "Hey! Let's go see the Dodgers!" Isn't everyone dead? Isn't New York flat? What do you mean, go see the Dodgers?!"

So "The World's End" may not have a happy ending, but it has an ending.