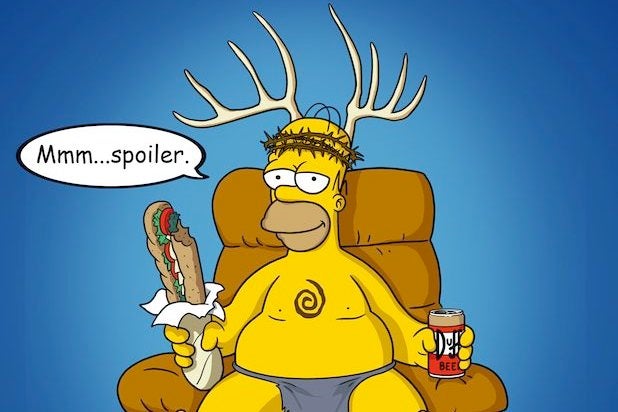 “The Simpsons” have hopped on the “True Detective” parody bandwagon and presented their version of the Yellow King: Homer Simpson.

Fox released a photo featuring the Simpson family patriarch sitting on his cushy throne with a sandwich in hand and antlers on his head, as well as the mysterious insignia Matthew McConaughey and Woody Harrelson‘s characters discovered on a dead body in the first episode of the HBO crime drama.