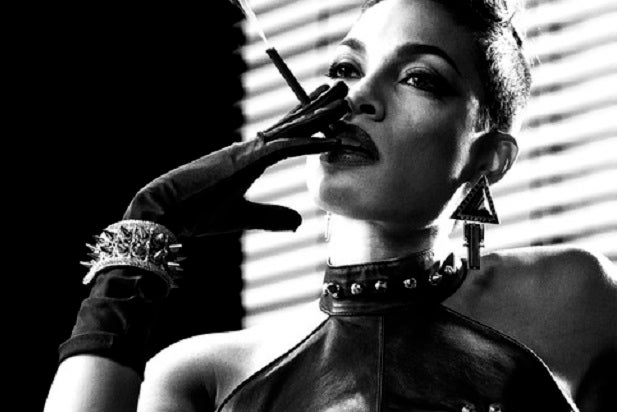 The gritty and stylishly violent sequel “Frank Miller‘s Sin City: A Dame to Kill For” took a bullet to the gut at the box office this weekend.

Checking in nearly a decade after the original, the R-rated “A Dame to Kill For” mustered just $6.4 million over the weekend. That’s about $10 million less than analysts had projected and less than a quarter of what the original debuted with in 2005, and that’s with inflation and the addition of 3D.

“A gap between two movies in the same franchise is often difficult to overcome,” said BoxOffice.com vice-president and senior analyst Phil Contrino. “That’s a big part of what happened here. Also, it opened after two hugely successful male-skewing flicks in ‘Guardians of the Galaxy’ and ‘Teenage Mutant Ninja Turtles’, which diluted its audience.”

The Weinstein Company-distributed “Dame to Kill For” couldn’t even beat TWC’s own young adult tale “The Giver,” which brought in $6.8 million in its second week.

“It’s tough to take because our hopes were much higher,” said Erik Lomis, TWC’s head of distribution. “It’s a little bit like getting a bucket of ice water poured on you.”

“Dame to Kill For” was financed and produced for a reported $60 million by Aldamisa, AR Films, Miramax, Solipsist and Quick Draw Productions, the company of Robert Rodriguez, who co-directed with Miller. The addition of Josh Brolin, Joseph Gordon-Levitt and Eva Green to the cast didn’t help the sequel, which also featured , Mickey Rourke, Rosario Dawson and Bruce Willis.

Also read: ‘Sin City: A Dame to Kill For’ Reviews: Was This Sequel Worth the Wait or 9 Years Too Late?

The reviews weren’t good — it’s at 43 percent on Rotten Tomatoes — and the gritty, black-and-white comic-book look that made the original stand out isn’t a novelty any more, and that had to have hurt. That’s in large part due to the success of other Miller films like “300” and its sequel, which utilized a similar mix of live-action and animation.

The social media campaign for “Sin City” never took off, and it managed roughly half the Twitter mentions and Facebook “likes” of “”300: Rise of an Empire.” The ad campaign got a publicity boost from controversy over too-racy ads featuring the film’s femme fatale Green, but that didn’t translate at the box office either.