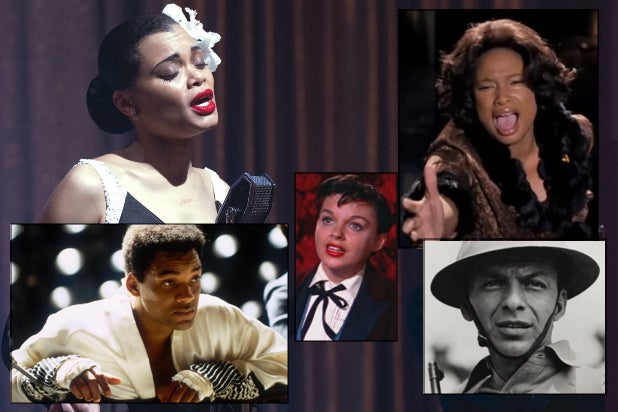 Achieving success in one creative art is difficult; achieving it in two is nearly impossible. Here's a group of extraordinary talents that grabbed the brass ring as both a singing star and an Oscar-nominated actor. 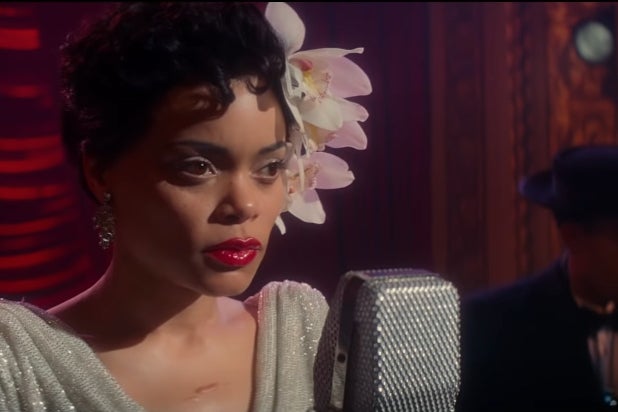 Hulu
Andra Day, “The United States vs. Billie Holiday”  •  In 2015, Andra Day's debut album, "Cheers to the Fall," and lead single, "Rise Up," earned her Grammy nominations for Best R&B Album and Best R&B Performance, respectively. About her role in 2021's "TUSvBH," Day told the New York Post, "When I embarked on it, I was like, ‘This is such a bad idea! I’m not an actress.'" She was wrong -- she has the Golden Globe and Oscar nominations to prove it. 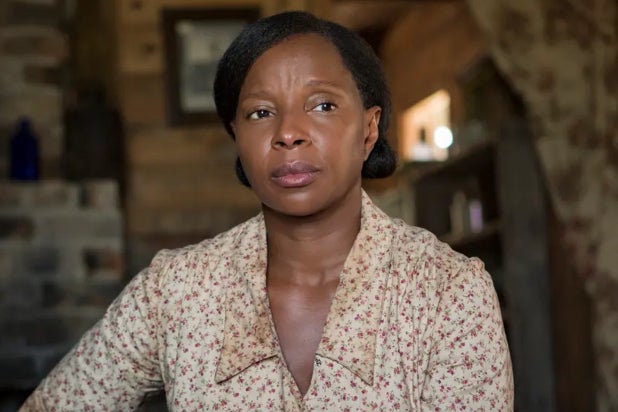 Netflix
Mary J. Blige, “Mudbound”  •  Mary J. Blige's music career began in 1991 when she signed with Uptown Records and went on to release 13 albums – eight of which went multi-platinum – and sold 80 million records worldwide. The winner of nine Grammys and the title of Queen of Hip-Hop Soul, Blige smoothly transitioned to acting, earning three Golden Globe nominations and Oscar nods for Best Supporting Actress and Best Original Song for "Mudbound." 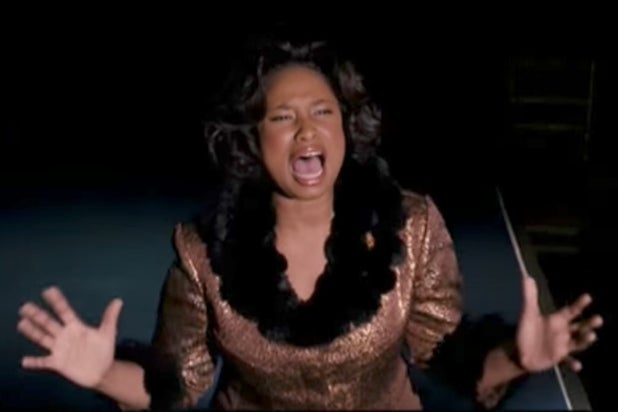 DreamWorks
Jennifer Hudson, “Dreamgirls”  •  As one of the major success stories of "American Idol," where she placed seventh in Season 3, Jennifer Hudson made her film debut as Effie White in the big-screen adaptation of the Broadway musical. Her standout performance earned her both a Golden Globe and an Oscar for Best Supporting Actress. Oh, and Arista Records was so impressed with her success that the label signed her. Hudson's 2008 self-titled debut album was certified gold and won the Grammy for Best R&B Album. 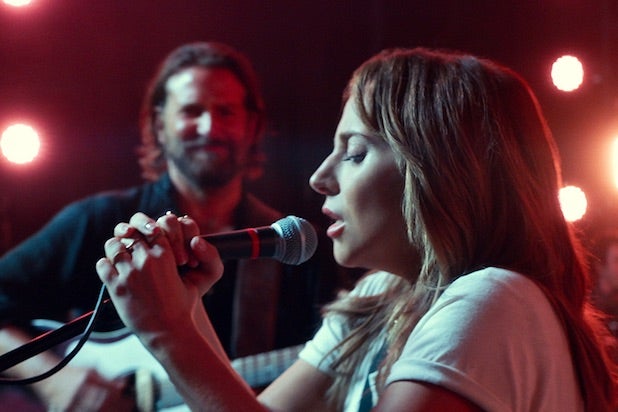 Warner Bros.
Lady Gaga, “A Star Is Born”  •  Lady Gaga was an international superstar long before she dipped her toe into acting – with 12 Grammys, more than 32 million albums sold and more than 129 million downloads, her estimated worth hovers around $320 million. And then the acting bug bit. After a run on FX's "American Horror Story," she became the third actress in the lead role of "A Star Is Born" to have been nominated for an Oscar. 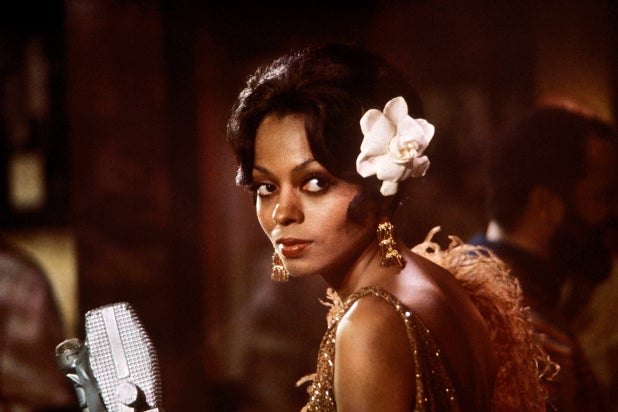 Paramount
Diana Ross, “Lady Sings the Blues”  •  As the lead vocalist of the best-charting female group in U.S. history, The Supremes, Diana Ross stepped away from that fame to launch a solo career. And her star continued to rise. After record-setting worldwide concert tours, she tried her hand at acting with her debut performance in "Lady Sings the Blues," a biographical drama about Billie Holiday. The result: a Golden Globe win and an Oscar nomination. 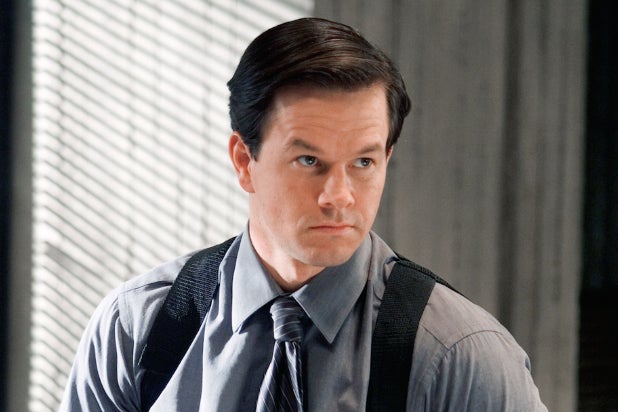 Warner Bros.
Mark Wahlberg, “The Departed”  •  Before Mark Wahlberg's screen debut in Penny Marshall's "Renaissance Man" in 1994 and first lead role in "Fear" two years later, he was known for his music in the group Marky Mark and the Funky Bunch. He went on to star in "Boogie Nights," "The Perfect Storm" and "Planet of the Apes," to name just a few. In 2006, he took on the role of Staff Sergeant Sean Dignam in "The Departed," for which he earned an Oscar nomination. 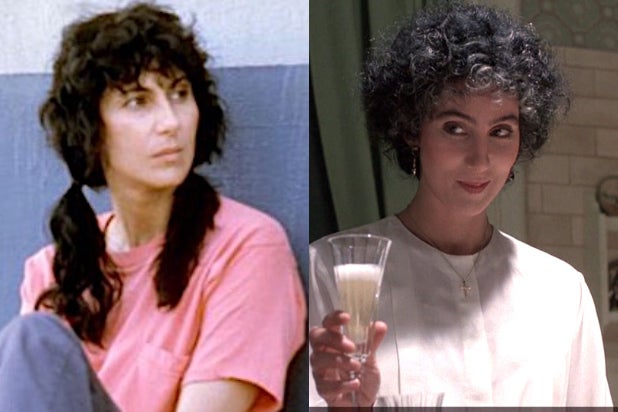 20th Century Fox/MGM
Cher, "Silkwood" and "Moonstruck"  •  Eighteen years passed between the start of Cher's notoriety as half of the folk rock duo Sonny & Cher and their No. 1 hit "I Got You Babe" and her film debut in "Silkwood," inspired by the life of a nuclear whistleblower. Up to that point, she showed off her comedy chops opposite (Sonny) Bono in "The Sonny & Cher Comedy Hour" and made her Broadway debut in "Come Back to the Five and Dime, Jimmy Dean, Jimmy Dean." She went on to bag an Oscar nomination for "Silkwood" and took home the gold in 1988 when she won for Best Actress in "Moonstruck." 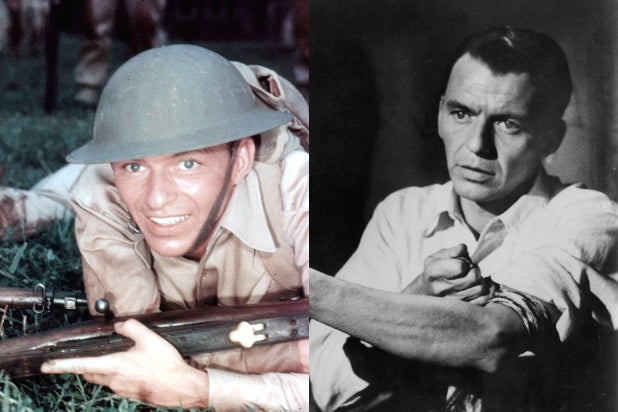 Columbia/United Artists
Frank Sinatra, "From Here to Eternity" and "The Man With the Golden Arm"  •  Frank Sinatra had bobby soxers swooning during the Big Band era of the 1940s and appeared in several MGM movie musicals at the time, frequently as the socially awkward nice guy with the golden voice. Around the time he was pulling in record crowds in Las Vegas as part of the Rat Pack, he took his acting career in a more serious direction. In 1954, he won an Oscar for his supporting role in "From Here to Eternity" and picked up a nomination for Best Actor two years later for "The Man With the Golden Arm." 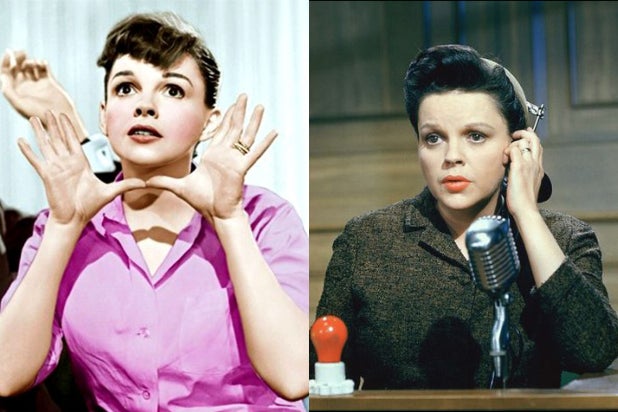 Warner Bros./United Artists
Judy Garland, "A Star Is Born" and "Judgement at Nuremberg"  •  Four years after MGM released her from contract, Judy Garland's "comeback" role in "A Star Is Born" in 1954 had critics agreeing her performance was Oscar-worthy. The Academy took note, and she was nominated for lead actress. It was widely believed that she would win -- so much so that NBC set up TV equipment outside the hospital room where she was with her newborn son Joe, so they could cut to her when her name was announced. But it was Grace Kelly's year; the actress won for "The Country Girl." Garland had a second chance to take home an Oscar when she was nominated for Supporting Actress for "Judgment at Nuremberg" as a witness for the prosecution. 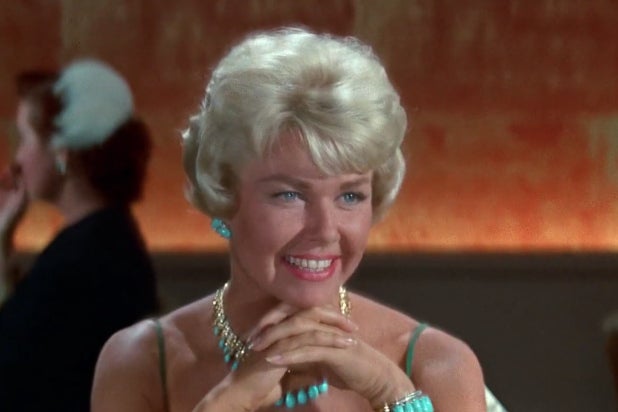 Universal
Doris Day, "Pillow Talk"  •  The quintessential All-American Girl, Doris Day, was a fan favorite in the '40s as a Big Band singer and a No. 1 hitmaker with "Sentimental Journey." That success transferred nicely to film, where she became a star in numerous romantic comedies (with music, of course) of the '50s and '60s. Teamed with Rock Hudson, Day showcased her comedic talent in "Pillow Talk," and the Academy took note. 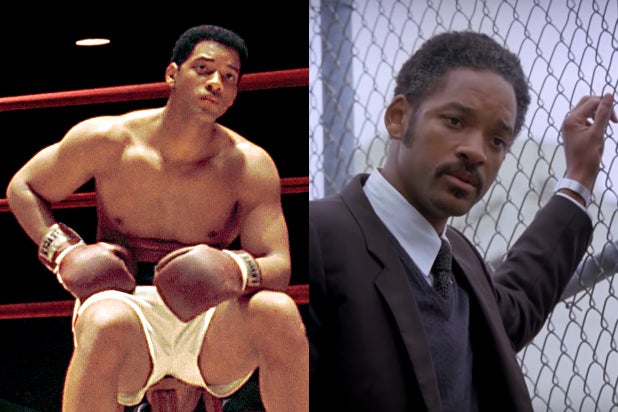 Sony
Will Smith, "Ali" and "Pursuit of Happyness"  •  Once upon a time, Will Smith was just a young rapper with some modest success who found greater fame when he starred in his own NBC sitcom, "The Fresh Prince of Bel-Air." He found even greater success when he transitioned to acting, starring in eight consecutive films that grossed more than $100 million domestically, and 11 consecutive films that grossed over $150 million globally. In 2001, he proved that music and comedy weren't his only fortes – the guy can really, truly act. His performances as boxing legend Muhammad Ali in "Ali" and as homeless stockbroker Chris Gardner in "The Pursuit of Happyness" each earned him a Best Actor nomination. 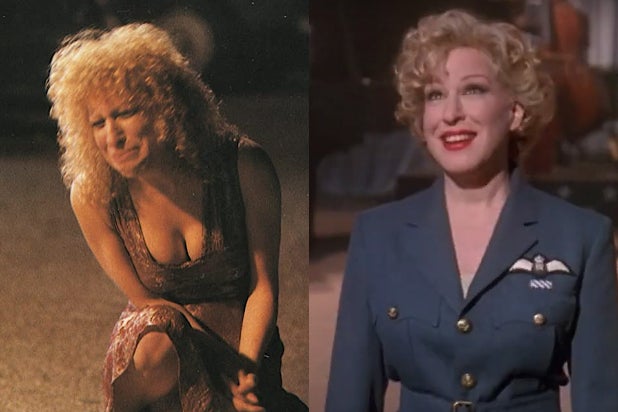 20th Century Fox
Bette Midler, "The Rose" and "For the Boys"  •  The Divine Miss M, as her stage persona is known, got her start on Off-off-Broadway, combining her musical and comedic talents in what many called "adult" shows because of the frequently bawdy tone. Her debut album, produced by Barry Manilow, went platinum and she earned a Best New Artist Grammy in 1973. When she stepped in front of the cameras to portray drug-addicted rock legend Janis Joplin in 1980's "The Rose," critics cheered, earning an Oscar nomination for Best Actress. A second nomination came a dozen years later when she played a singer who entertained American troops during World War II in "For the Boys." 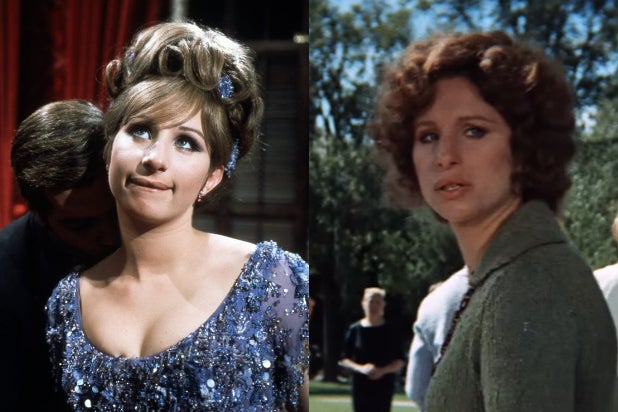 Columbia
Barbra Streisand, "Funny Girl" and "The Way We Were"  •  Although Barbra Streisand was a well-known nightclub and stage performer in the 1960s, the role of vaudeville singer and comedian Fanny Brice in "Funny Girl" gave her a career launch that most actors and entertainers only dream of. After receiving a Tony nomination for leading the original Broadway show, she was cast in the same role for the film adaptation (her film debut). She won the Oscar, tying with Katharine Hepburn ("The Lion in Winter") in the only Best Actress tie in Oscar's history. She scored a second nomination in 1973 for "The Way We Were." 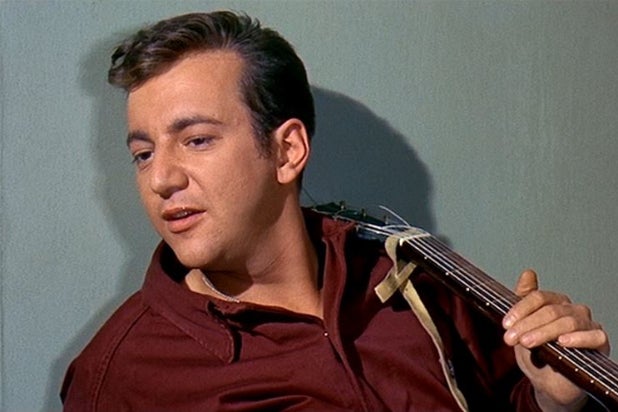 Universal
Bobby Darin, "Captain Newman, M.D."  •  Bobby Darin was a heartthrob singer in the late '50s and '60s with such megahits as "Splish Splash," "Dream Lover" and "Mack the Knife." His first film, "Come September" co-starring his wife Sandra Dee, earned him a Golden Globe for New Star of the Year, but it was his performance as a soldier with PTSD in "Captain Newman, M.D." that earned him an Oscar nomination for Best Supporting Actor. 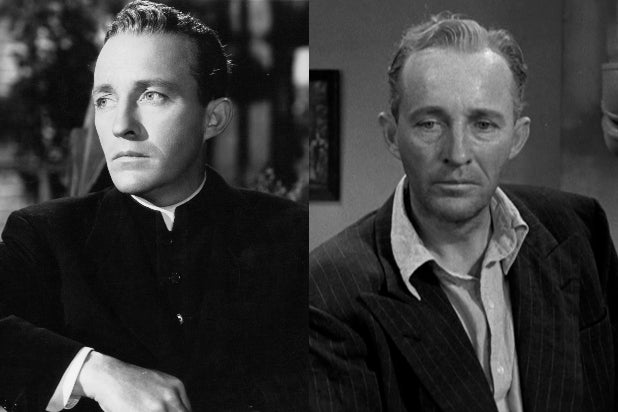 Paramount
Bing Crosby, "Going My Way," "The Bells of St. Mary's" and "The Country Girl"  •  "The Crooner" was a star like no other during his time. Between 1930 and 1954, Bing Crosby's velvety singing voice had him sitting atop radio ratings, leading record sales and motion picture grosses. Although some might only know him from the annual showing of "White Christmas" on TV or from "Road to…" buddy films with Bob Hope, he won an Oscar in 1944 for Best Actor in "Going My Way," playing a young priest taking over an old parish. The following year, he was nominated (but didn't win) for reprising the role in "The Belles of St. Mary's." 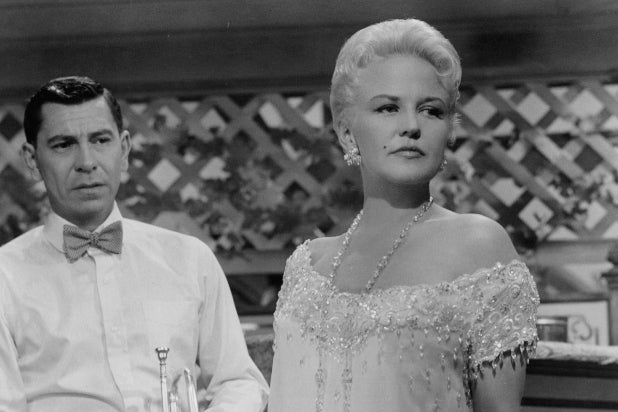 Warner Bros.
Peggy Lee, "Pete Kelly's Blues"  •  Disney fans might recognize Peggy Lee's voice as Darling in "The Lady and the Tramp," as well as a number of other characters in the film. But jazz lovers know Lee for her smooth vocal stylings on such standards as "Fever" and "Why Don't You Do Right?" She was nominated for 13 Grammys, bringing home her only one in 1969 for "Is That All There Is?" Three years after starring opposite Danny Thomas in a remake of "The Jazz Singer," Lee took on the role of alcoholic blues singer Rose Hopkins in "Pete Kelly's Blues," earning an Oscar nomination for Best Supporting Actress.

United Artists
Burl Ives, “The Big Country”  •  Kids today might know Burl Ives as the voice of Sam the Snowman in the stop-motion animated Christmas film "Rudolph the Red-Nosed Reindeer." Before that, he was known as a banjo-playing folk singer. But along the way, Burl Ives proved he was quite the dramatic actor, appearing in films like "East of Eden" with James Dean, "Cat on a Hot Tin Roof" with Elizabeth Taylor and "The Big Country" with Gregory Peck and Charlton Heston. The latter role earned him an Oscar nomination and win for Best Supporting Actor.

AVCO Embassy/Columbia
Ann-Margret, “Carnal Knowledge” and “Tommy”  •  Ann-Margret's six-decade career began in 1961 with RCA Victor as a singer with a "sexy, throaty contralto singing voice," as the Independent-Star News dubbed it. She made her film debut at 20 in the Bette David film "Pocketful of Miracles" and later starred in "Bye Bye Birdie," acted opposite Elvis Presley in "Viva Las Vegas" and even voiced a cartoon version of herself (Ann-Margrock) in the animated series "The Flintstones." But in 1971 her acting career began looking golden, with an Oscar nomination as Jack Nicholson's emotionally abused girlfriend in "Carnal Knowledge" and another nod two years later for The Who's rock opera "Tommy."

Warner Bros.
Dexter Gordon, “Round Midnight”  •  Although Dexter Gordon was not a singer, we must throw the jazz saxophonist in as an honorable mention. His style of jazz improvisation made him one of the most influential musicians of the '40s, '50s and '60s. In 1986, he stepped in front of the camera to play Dale Turner, a struggling saxophone player with an alcohol addiction. The film, which has a rare 100% rating on Rotten Tomatoes, earned Gordon an Oscar nod for Best Actor in a Leading Role.
x
Looks like you're enjoying reading