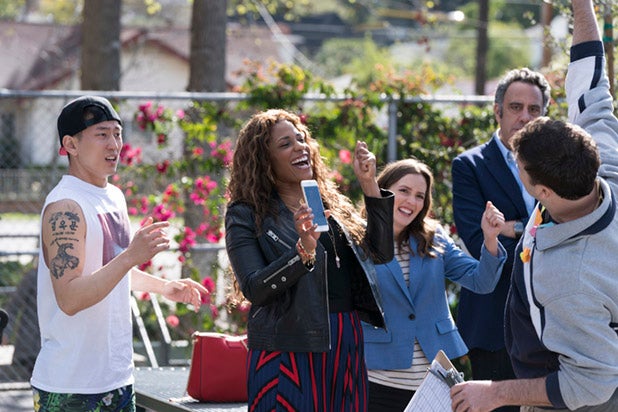 ABC has given a full-season order to the freshman comedy “Single Parents.”

Three episodes into its run, the comedy created by “New Girl” duo J.J. Philbin and Elizabeth Meriwether becomes the first ABC series to get a back-order this season. It follows CBS’s Dick Wolf procedural “FBI” and the NBC medical drama “New Amsterdam.”

Starring Taran Killam, Leighton Meester and Brad Garrett, “Single Parents” centers on a group of dysfunctional single parents lean on each other as they raise their young kids.

With a “Modern Family” lead-in on Thursday nights, the comedy has averaged 5.6 million viewers per episode and a 1.6 rating in the demo, with three days of delayed viewing factored in.