Sion Sono, the Japanese cult film director of movies like “Love Exposure” and who in 2021 directed Nicolas Cage in “Prisoners of the Ghostland,” is being accused of sexual assault by two anonymous actresses who say that he offered roles in his films in exchange for sex.

The accusations as published Monday in the Japanese magazine Shukan Josei link his alleged predatory behavior to his acting workshops, and in addition to the two unnamed women, the piece also includes a quote from a Japanese film executive who accused Sono of misconduct.

“Even now, there is a director who has no qualms about saying ‘If you screw me, I’ll give you work’. His films are acclaimed and many actresses want to appear in them. He uses that to assault women as if it’s nothing. That director is Sion Sono,” the executive told the magazine. 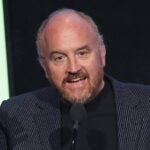 One woman identified as Actress A said the director called her to appear in his office and urged her to have sexual intercourse. But when she refused, she claims that he called another actress into his office and proceeded to have sex with the other woman in front of her. When an assistant director showed her out of the room, the actress claims that the AD tried to take her to a love hotel.

Actress B similarly accused Sono of trying to force her into having sex in exchange for work, allegedly saying that he wanted to sleep with her while she talked on the phone with her boyfriend.

Sono has not publicly responded to the accusations and could not be reached for comment.