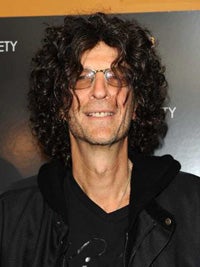 Sirius XM said on Tuesday that it posted another quarterly profit and hit another record number of subscribers, but the company has “nothing new to report” in contract negotiations with Howard Stern.

Sirius XM’s net income was $41.6 million during the first quarter, compared to a loss of $238.8 million last year. The company posted $663.8 million in revenue for the period, up from $587 million.

Karmazin also said “a sharp focus on costs resulted in the highest quarterly adjusted operating income in the company’s history.”

It was the second quarterly profit in a row for the satellite radio company, which is facing an expiring contract for its most popular star, Howard Stern. Stern’s five-year, $500 million contract is up at the end of 2010.

On Stern, Karmazin said there’s “nothing new to report” and suggested investors “should just listen to Howard’s show" for updates, as Stern would likely make an announcement.