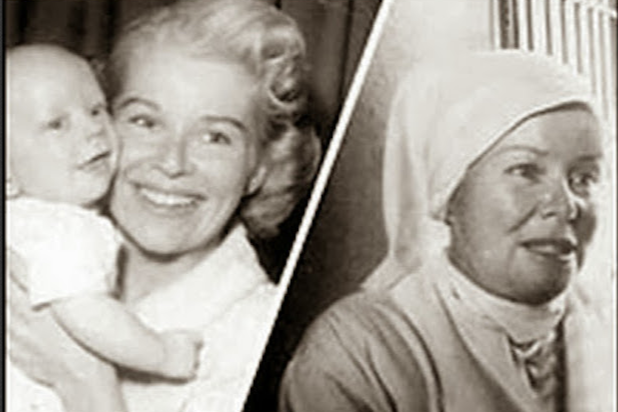 Antonia Brenner wasn’t the most likely woman to become a nun, much less a nun who moved into a Tijuana prison: Born into a wealthy family in Beverly Hills, she was a twice-divorced mother of seven when she chose to live in Tijuana’s notorious La Mesa to care for its forgotten inmates.

Her story is the basis of the excellent book “The Prison Angel,” by Pulitzer Prize-winning Washington Post reporters Mary Jordan and Kevin Sullivan. In our new “Shoot This Now” podcast, we argue that it would be an incredible movie. You can listen on Apple or Spotify or here:

We can’t decide if the story is “Troop Beverly Hills” meets “Oz” or “Legally Blonde” meets “Green Mile” or “Clueless” meets “Dead Man Walking,” but you get the idea. Inspired by a dream about Jesus, she gave up a comfortable life in Beverly Hills to live in a small cell in the prison, providing toiletries, glasses, money and even burial arrangements for Tijuana’s prisoners.

Her two divorces made it hard for her to become a nun, so she started an order of her own — one that was eventually accepted into the Catholic Church.

In 1994, she single-handedly walked into a Halloween night prison riot, as we recount in the podcast. It’s the opening scene in the book, and we’d love to see it on film. We also talk about who should play Antonia (Amy Adams? Elisabeth Shue?) and why Lou Diamond Phillips and Charlie Hunnam need to be in the movie.

Sister Antonia died in 2013 at the age of 86. She served the prison population to the end.