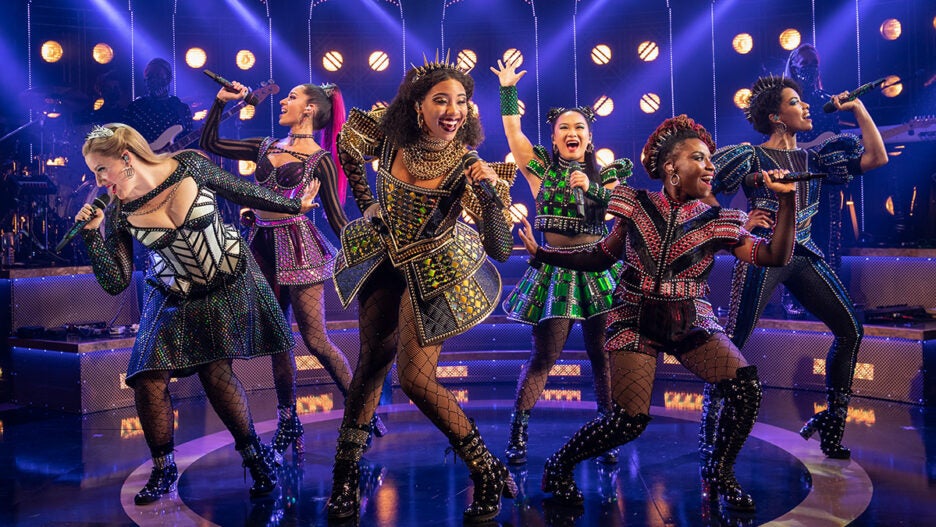 The COVID-19 pandemic dealt “Six” a particularly cruel blow. The pop musical was to make its Broadway debut at the Brooks Atkinson Theatre on March 12, 2020, when, just hours before curtain, New York declared a state of emergency and banned all gatherings of more than 500 people.

The show, which finally opened at the Brooks Atkinson on Sunday, had been making the rounds even before the pandemic with performances in London and, apparently, everywhere else on Earth. When I first saw the show a year and a half ago, I invited a friend to join me — but she turned me down. “I already saw it on a Norwegian Bliss cruise,” she replied. When did Broadway become a show’s final resting place?

Sometimes musicals travel well (or, at least, travel a lot) because they’re simple to produce. For instance, “Six” requires only six actors and a band of four. Toby Marlow and Lucy Moss’ score is immediately hummable in the way that only derivative disco music can be. The often witty book, built around a competition among the six wives of Henry VIII, borrows a lot from “RuPaul’s Drag Race” while offering yet another #MeToo story. Those theatrical commonplaces aside, “Six” is a needed antidote to “Anastasia,” “Frozen,” “Jagged Little Pill,” “Wicked” and other pompous shows of female empowerment. 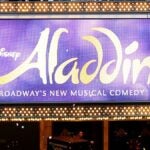 Marlow and Moss’ songs, while rip-offs of dance hits, serve as parodies of power anthems like “Defying Gravity” and “Let It Go.” A breathtakingly irreverent moment in “Six” comes when the six wives get into an argument over who was the most abused and try to top each other with their respective number of miscarriages. Talk about defying political correctness!

Emma Bailey’s set, Gabriella Slade’s costumes and Tim Deiling’s lighting neatly replicate a Vegas concert under Moss and Jamie Armitage’s tight direction. It’s nice to see the six singing actors carry hand mics rather than wear those horrible around-the-jaw contraptions. They’ve been cast for their singing voices, all of which are strong.

A disappointment is Carrie-Anne Ingrouillle’s choreography. At moments, the women turn into one well-oiled human machine, matching each other’s steps and gestures. But “Six” never achieves the dance excitement of “Ain’t Too Proud: The Life and Times of the Temptations” at its best. Only Brittney Mack (as a sassy Anna of Cleves) is a real dancer. 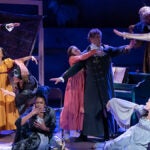 At the matinee I attended, something very encouraging happened. Near the end of “Six,” one of the wives announces that there are only “five minutes” left in the show. No sooner did these six women then launch into their final song than a dozen adolescent girls got up from their seats in the third row of the orchestra — and promptly leave the Brooks Atkinson Theatre en masse!

Who among them cared that their parents had taken out a mortgage to pay for all those premium seats? They’d seen enough. Are young women finally tired of being pandered to by Broadway musicals?