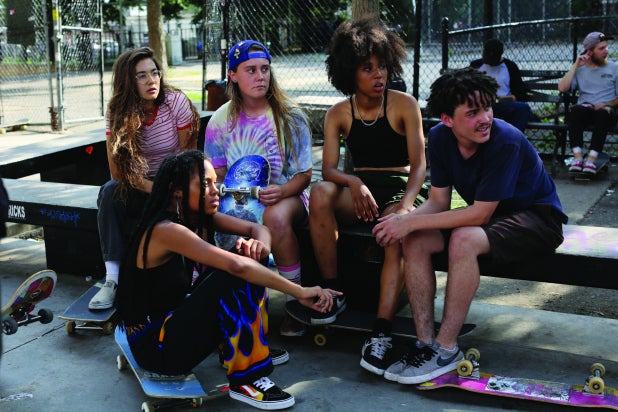 “Madeline’s Madeline,” which has a 94 percent Rotten Tomatoes score, had the top per screen average of the weekend with a single-screen total of $20,225. Written and directed by Josephine Decker, the film follows a teen in a physical theater troupe who is encouraged to weave her troubled relationship with her mother into her stage work, leading to unforeseen consequences.

“Skate Kitchen” sat just behind “Madeline” with a $17,000 single-screen total. Written and directed by Crystal Moselle, the film features a real-life, all-female skateboard team in a drama based on their struggle to carve out their own spot in the male-dominated skater culture. The film has a 91 percent Rotten Tomatoes score.

Earning a weaker start is A24’s brutal “A Prayer Before Dawn,” which was filmed with real-life inmates in a Thailand prison and follows the story of Billy Moore, an English boxer who was thrown into one of Thailand’s most violent lockups and was forced to fight his way out through the prison’s Muay Thai tournaments.

Among holdovers, FilmRise’s Sundance Jury Prize-winning film “The Miseducation of Cameron Post” expanded to 25 screens after its two-screen opening last weekend. The film’s per screen average dropped, as it earned a weekend total of $108,000 for an average of 4,320 and a total of $182,000.